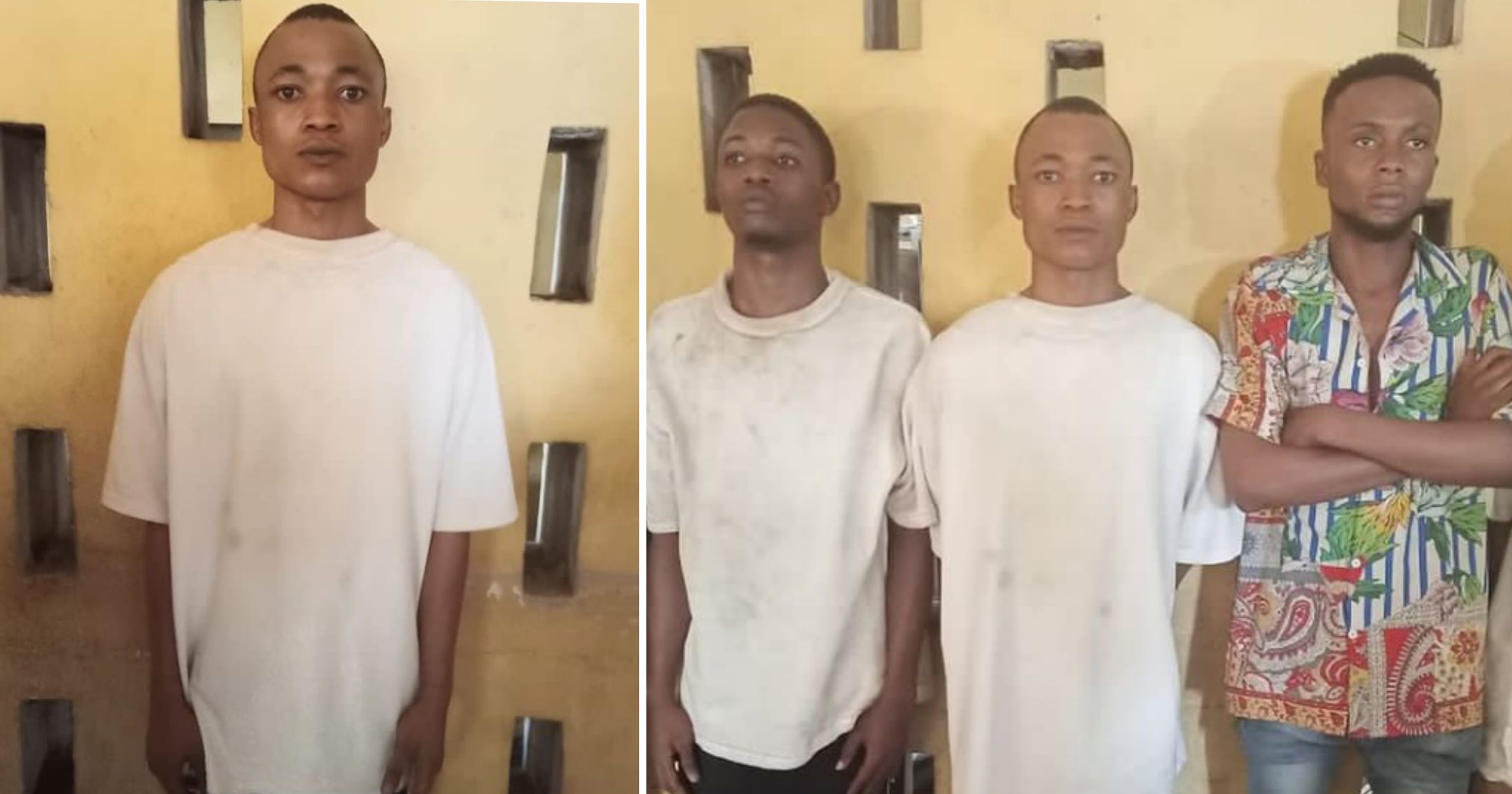 Social Media users have taken to their handles to react after photos of the young man and his friends who assaulted his girlfriend and flogged her for allegedly cheating on him were released by the police in Kwara.

Recall that a video where the young man was seen with the support of his friends beating up his girlfriend surfaced on the internet. He even went as far as taking off her clothes while his friends watched.

The lady had sent out the video of the assault on her by putting it on her WhatsApp status in her cry for justice.

However, the Nigerian police was quick to intervene and apprehended the young men responsible for assaulting the young lady.

In a recent update, after their arrest by the police in Kwara, their pictures of the boys who flogged their friend’s girlfriend were made public and has sparked numerous comments. 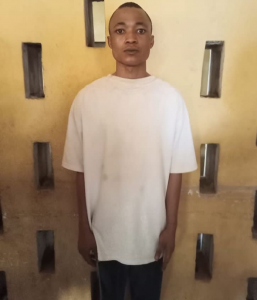 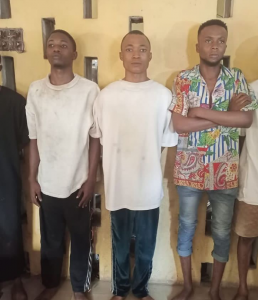 Here are some comments below:

@jesusguri_ : Him dey use organic cream

@laiyefanelsonebi: Wait, na this one wey get cabin biscuit man head be the boyfriend… ?

Outrage Over Video Clip Of Man Beating Girlfriend In Public