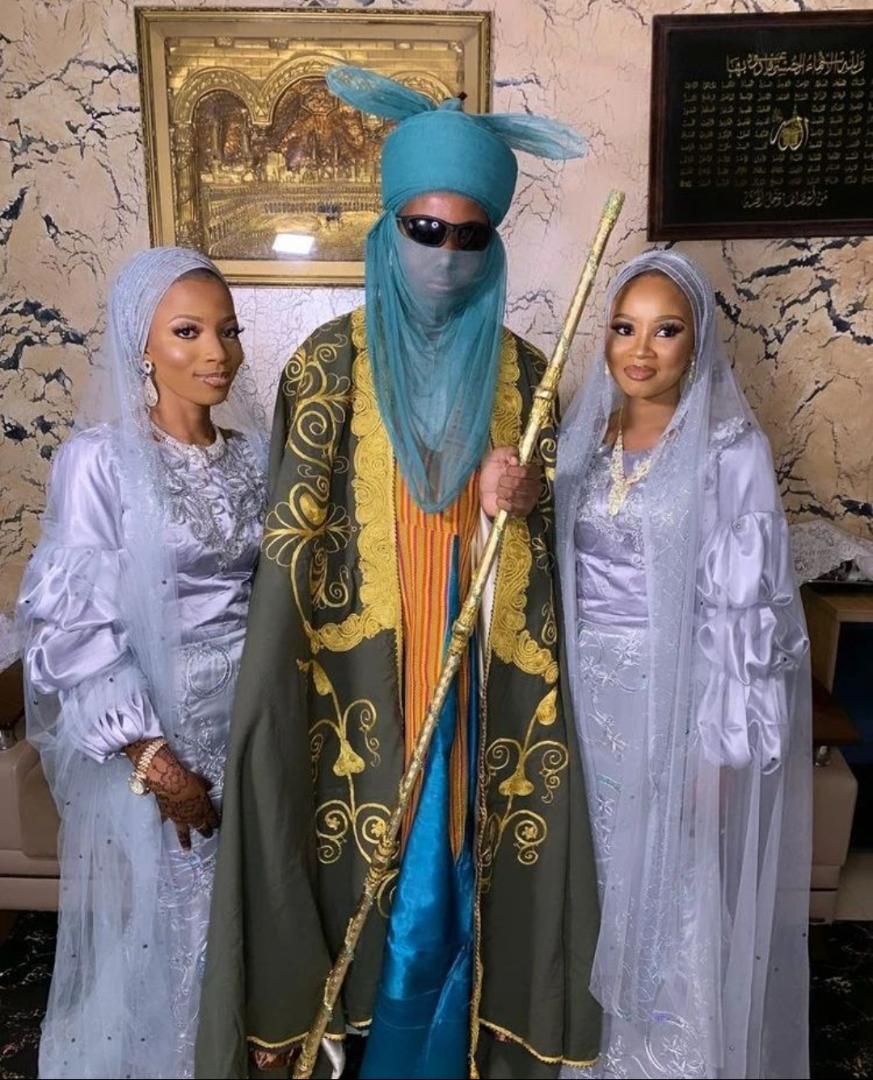 Prince Mustapha Ado Bayero, the son of the late Emir Of Kano, Abdullahi Ado Bayero, has stirred numerous reactions from social media users following his marriage to two wives on the same day.

READ ALSO: Carolyn Danjuma Reacts As Tweeps Call Her Out Over Age Fraud

Photos from the wedding ceremony which held in Kano have been spreading like wildfire, generating reactions on social media. 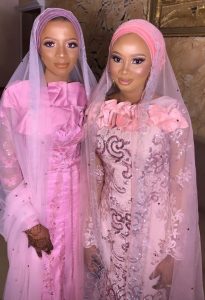 According to the photos, the prince could be seen with his two beautiful brides dressed in beautiful wedding gowns. 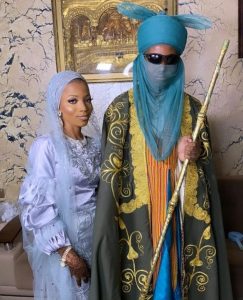 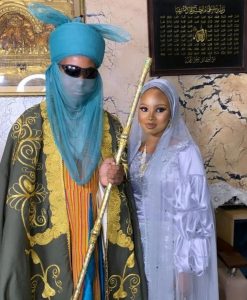 The report of his marriage has stirred some reactions from social media users who took to the comment section to share their opinions.

A Facebook user, Adams Adekunle Kcole said, “Child trust fund by his dad settled and he is already a billionaire. Aunty, sister, and elders in his family will look after two wives for him and he is emir in the future. That is why it is good for a child to meet money at home…

Don’t just try this if you don’t have your parents’ backup or ready made inheritance for future reference. Other things will be soft doing.”

Another Facebook user, Stella Osai said, “For this Nigeria hunger, person marry two wives same day. This guy na small pikin, wetin this one know about marriage not to talk of marrying two wives on the same day?”

A tweep, Saddam Daifuru, passed on his congratulations to the newly-weds, saying, “Special congratulation on your wedding, Prince Mustapha Ado Bayero.

Details as to what the Kano prince does were not immediately available neither were the professions of his two wives.