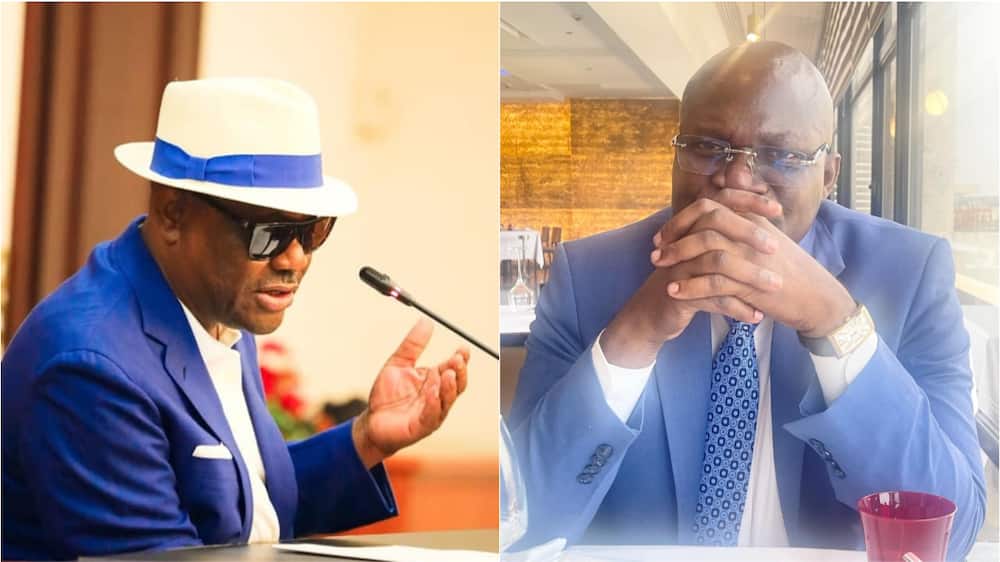 The faceoff between Governor Nyesom Wike and Arise TV Morning Show anchor, Dr Rueben Abati deepened on Wednesday after the Rivers State governor insisted that he is an intellectual and m on schooling the former presidential aide the rudiments of journalism.

GreenWhiteGreen GWG reports that Abati had on Monday taken the governor to cleaners saying that he was in no capacity to school him on journalism after Wike questioned the depth of the interview the Arise TV crew conducted with Atiku Abubakar.

“In 15 minutes of rambling protest, he said Atiku lied in an interview that he had with this station, Arise TV. At the end of the day, he did not debunk the lies. I’m not defending the Atiku camp, that’s not my job. I’m a journalist. It was his prerogative to choose his running mate,” Abati said last Monday in poohpoohing Governor Wike’s critique of the Atiku interview.

“In the interview, Governor Wike is not in the best position to teach Reuben Abati journalism. I put it to him that we asked all the right ask questions. I’ve been in this media space and I have been writing since 1985 and I don’t know where Governor Wike was at that time,” Abati added.

Responding to Abati on Wednesday through his special assistant on media, Kelvin Ebiri, Governor Wike insisted that the TV anchor failed what he claimed as the basic rudiments of journalism in the interview as he proceeded to school Abati.

He said:
“May be, Abati needs to be reminded of his own writing in Premium Times, January 24, 2016, in the article entitled, “Where are the public intellectuals.” In that article, Abati discussed who intellectuals are and would have expected him to be excited when such traits are manifested by well-meaning Nigerians.

“Abati just refused to accept the richness of intelligence possessed by Governor Wike, who in public life, has impacted enormously on national life, and pushed ideas forth to feed public discourse. In fact, in that article, Abati noted that intellectuals have ideas that they push within and beyond ” boundaries, destroyed illusions, questioned orthodoxies and enabled societal progress… intellectuals exerted great influence on public policy, and their input into the governance process could not be ignored.”

“So, does Abati fear to learn and relearn some of his professional trappings for saner practice patten, howbeit, also unlearn his egocentric attitude that obfuscate his professional judgment and capacity to tolerate an opposing view without being personal or sorely emotional.”

Going further to score Dr Abati, a first class graduate of the University of Calabar of what he said he has failed to uphold in his duties as a journalist, Governor Wike then school the TV anchor:

“In his zest to impress some extraneous influences, Abati merely discredited journalism ethics which prohibits him, in any manner, to ridicule, cast aspersions on, or degrade any person by reason of his political conviction, not even the office of a state governor.

“Rather than puffing in arrogance and indulging in unwarranted combativeness, Abati, ought to have realised that journalists engaged in television and radio media practice ought to show higher adherence to ethical practices and tolerance.

“His commentaries therefrom, arising from that Arise TV interaction, were obviously tilted, showed of him, who is a distant fellow to the inner happenings among politicians within the PDP, as if he were an active participator. It suggested a taking of sides. His comments were short of a well searched out positions.”

Where Is Your Bravado? Obidient Nigerians Mock Oshiomhole Over Tinubu