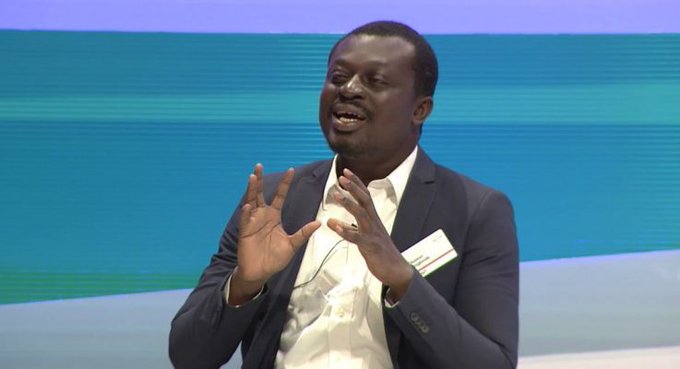 The supporters under the aegis of the Buhari Media Organisation fumed on Sunday that Onigbinde, a co-founder of BudgIT, the civil society group involved in budget analysis, had in the past described Buhari as incompetent, ethnic jingoist among other depictions.

BMO said the appointment is a travesty that desecrates the characters of honour and integrity which are the hallmarks of President Muhammadu Buhari and those who are called to serve in his government.

The appointment had for days attracted widespread reactions from supporters and critics of the Buhari administration. Critics of the president have been particularly divided with some saying that he should not have been accepted the appointment while some others said his appointment was essentially to bring technical service to budget implementation.

In a statement signed by Niyi Akinsiju and Cassidy Madueke, BMO’s Chairman and Secretary respectively, the group wondered how “an imbalanced caustic denigrator of the government of President Buhari would be called to serve in the same administration he had described in the most unpalatable terms.

“Seun Onigbinde lacks honour and integrity, which are characters known of President Buhari, and thus could not be in the same team with him.

“He has severally described the President with the most distasteful terms, and has shown, especially on social media, that he sees nothing good in the administration of President Buhari.

“Onigbinde had also gone to the shameful extent of describing those who support the President and his administration as ‘ethnic jingoists’. He once referred to the President as ‘incompetent’, and accused him of being a dictator committing illegality.

“We cannot but wonder that this same man accepted an appointment to serve in this same administration he has described in the most odious terms. It shows he lacks honour.

“He perhaps was browbeating all the while so he could achieve some notice and be sneaked in at night into the same government he publicly threw invectives at”.

“We believe that a man must stand for something, and live by it. If Seun was called by anyone to take an appointment in a government he ridiculed and called illegal and dictatorial, he should have turned it down, if he had any decency or morals.

“Does he now want to serve in this same government and become part of what he had called an illegality and dictatorship?” the group asked.

“He went as far as deleting his Twitter account so that his ridiculous and denigrating posts against the President Buhari administration would not be recalled. That is enough evidence of Seun Onigbinde’s lack of character.”

The group also called on the All Progressives Congress (APC) as a party, to reject the appointment of Seun Onigbinde and call for his ouster from the government.

It said: “There are countless supporters of the President who have more powerful backgrounds and records, who are better qualified, and who would offer better professional and intellectual support to the attainment of the President’s ideals and goals, which they believe in – which Seun has said he does not.

“These the ones the government should engage, not imbalanced critics with unstable morality.

“We do not expect a man to rain curses at the conductor of an orchestra for the music he is playing, and yet still seek to play an instrument in that same orchestra. That is a travesty of integrity. It must not stand.”