IPOB: Why We Attacked Amaechi (Video) 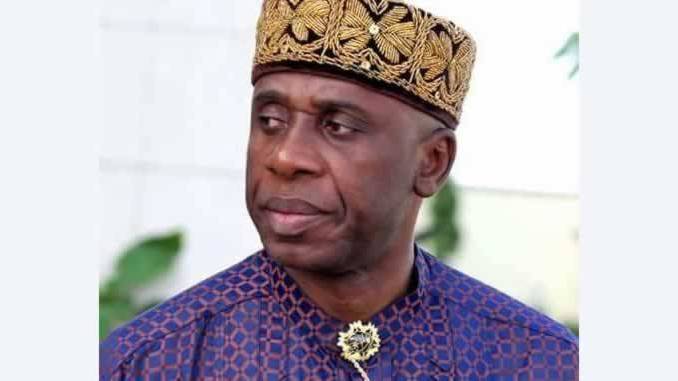 The Indigenous People Of Biafra, IPOB has claimed responsibility for the attack on the Minister of Transportation, Rotimi Amaechi saying that it was based on a standing instruction given by its leader, Mazi Nnamdi Kanu.

The group in a statement obtained by GWG affirmed that similar actions meted on Amaechi would be served on Nigerian politicians who are engaged in actions directed against the well-being of the people.

IPOB in the statement issued by its spokesperson, Emma Powerful said:

“Yes, IPOB beat Mr. Chibuike Amaechi, the Nigerian Minister of Transport base on the standing order given by our leader Mazi Nnamdi Kanu to reprimand those politicians who think they have power and therefore feel the cannot be touched.

“IPOB is therefore, warming all those corrupt politicians who brought hardship to the people that we are waiting for them anywhere we meet or see them.

“We are telling the whole world why they must be dealt with because they are not sincere to the people, to the suffering citizens who are at the receiving end of their misrule and corrupt practices.

“We are asking them to retrace their steps, otherwise, IPOB in the Diaspora will continue to treat their foolishness with beating anywhere they are found around the world.”

(Video) Amaechi Confirms He Was Attacked In Spain