Adoke: Other Indicted Former Officials Will Be Caught – Buhari’s Supporters 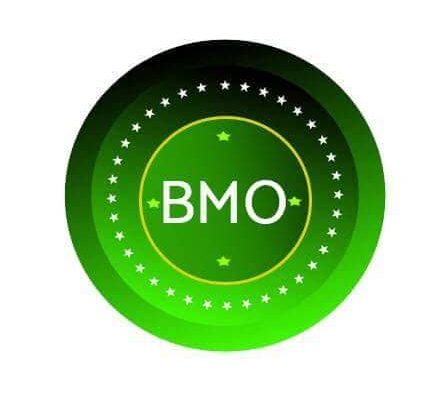 The arrest of former Attorney General and Minister of Justice Mohammed Adoke (SAN) by operatives of the Economic and Financial Crimes Commission (EFCC) on arrival from Dubai is an indication that there is no hiding place for Politically Exposed Persons (PEP) who have questions to answer, supporters of President Muhammadu Buhari have said.

This, Buhari Media Organisation, BMO said, is because the former minister was initially arrested by INTERPOL in the United Arab Emirates (UAE) and kept in custody before his deportation to Nigeria.

BMO said in a statement signed by its Chairman Niyi Akinsiju and Secretary Cassidy Madueke that it is a clear proof of global support for President Muhammadu Buhari’s war against corruption.

“We know it all began with the EFCC initiating a warrant for the arrest of former Attorney General Adoke as part of the ongoing probe of the Malabu oil scam.

“But there was also effort through a Federal High Court to prevent INTERPOL from executing the arrest warrant. So it is heart-warming that in spite of the legal rigmarole, Adoke is in custody in Nigeria.

“We see it as a milestone in the war against graft, especially against the backdrop of the judicial agreement the Nigerian authorities signed with their UAE counterparts in October 2015,” it said.

The group noted that Adoke’s arrest by the EFCC would help shed more light on issues surrounding the controversial granting of the Oil Prospecting License (OPL) 245 to Shell and ENI in the Goodluck Jonathan years.

BMO said: ‘The anti-graft agency had since 2015 filed criminal charges against Adoke for alleged abuse of office and money laundering over what is believed to be fraudulent settlement and resolution of issues that began when former President Olusegun Obasanjo revoked the OPL 245, which the late General Sani Abacha granted Malabu oil belonging to Dan Etete, the then Petroleum Minister, and reassigned it to Shell Nigeria Exploration and Production Company.

“We are aware that EFCC Investigations into the deal have revealed sundry crimes bordering on conspiracy, forgery of bank documents, bribery, corruption and money laundering to the tune of over $1.2 billion against  Malabu Oil and Gas Limited, Shell Nigeria Ultra Deep (SNUD), Nigeria Agip Exploration (NAE) and their officials.

“This led to criminal charges against Adoke, Etete and others, which are pending at both the FCT High Court and the Federal High Court, Abuja but now that one of the accused persons is in custody, Nigerians are likely to have more insight soon into what actually transpired.

“We, however, want the anti-graft agency to ensure diligent prosecution of the matter to ensure that justice is not only done but also seen to be done.”

BMO pointed out that just as the former Attorney General is in custody, all other former government officials who had their hands in cases of financial malfeasances would eventually have to answer to charges against them.