Will Aregbesola Remain Mute As His 'Legacies' Are Rubbished?
Advertisement script async src="https://pagead2.googlesyndication.com/pagead/js/adsbygoogle.js"> 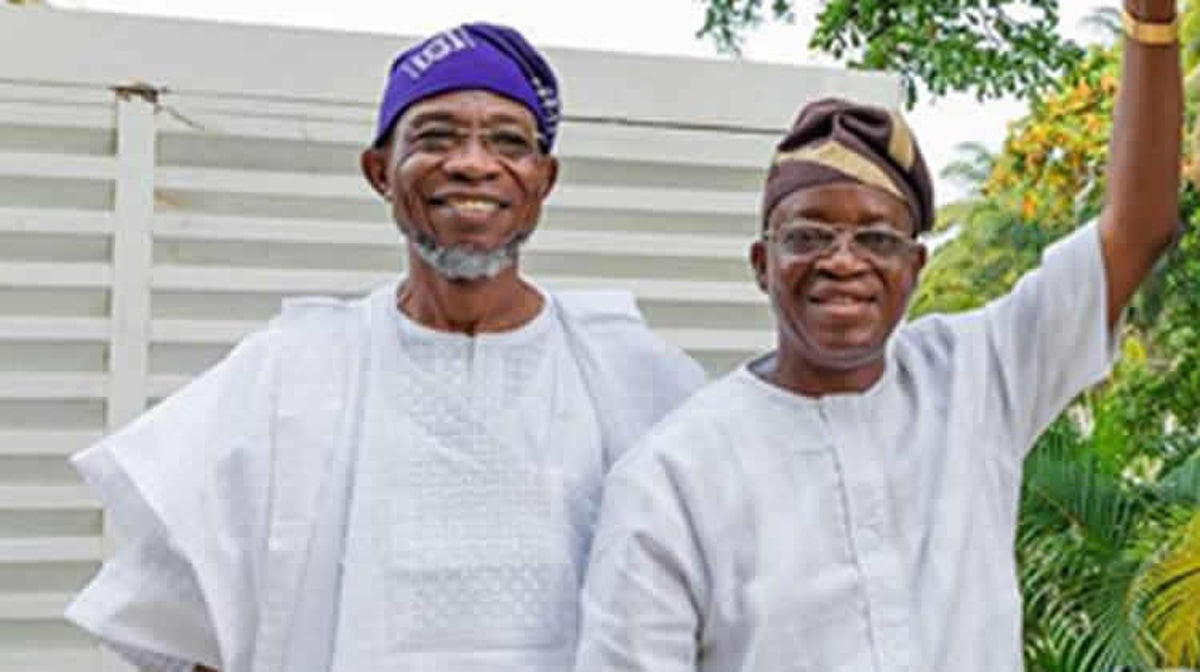 The announcement by the Osun State Government abolishing same uniform policy and nine other policies introduced in the education sector by the immediate past administration of ex-Governor Rauf Aregbesola didn’t come to many as a surprise.

Veteran journalist, Funke Egbemode, now the State Commissioner for Information and Civic Orientation announced the decision after the State Executive Council meeting earlier in the week.

She said the decision followed recommendations of a panel led by Prof. Olu Aina, set up to review education policies of the past administration.

Not long ago, Chairman, Osogbo South LGA, Akeem Olaoye, an ally of Aregbesola was confronted with the impeachment by his council lawmakers.

The lawmakers, in a letter to the state assembly, alleged that Olaoye’s removal became necessary due to his flagrant disrespect to the law establishing the council, as well as financial irregularities.

During Aregbesola’s recognition as the Amirul Waziril-Muminina by the Chief Imam of Osogbo, Sheik Musa Animasahun, at the Osogbo Central Mosque, Oyetola and many members of his cabinet were conspicuously absent at the ceremony.

There have also been insinuations that Oranmiyan, the political group of the ex-governor, was not being given recognition in the present administration.

There have also been insinuations that Oranmiyan, the political group of the ex-governor, was not being given recognition in the present administration.

Though the Minister of Interior and the governor continue to deny any dispute between them, there are speculations that a meeting at Ila, the country home of a foremost political leader, Chief Bisi Akande, in the first week of 2020 was put together to enable them mend offences over what seems to be their sour relationship.

But the point of departure of between both political sons of Asiwaju Bola Tinubu still remains a mystery to political watchers.

During Aregbesola’s tenure, Oyetola, reportedly, a blood relation of Tinubu served as Chief of Staff. His selection as the All Progressive Congress (APC) candidate caused tension in the party leading to defection of former SSG, Alhaji Moshood Adeoti.

Speculation are all over as to what would have precipitated the silent war.

Political watchers think Oyetola is departing from some of the controversial decisions of his predecessor.

This is as workers in the state were excited when the present administration migrated from payment of modulated salary to payment of full salary, saying that the regular full payment of salary had not only been sustained by Oyetola but had become consistently timely.

During the tenure of Aregbesola, workers in the state groaned under the weight of delayed salary payment.

It was alleged that Governor Oyetola had nominated Senator Iyiola Omisore as representative of Osun State for ministerial appointment. This was identified to be a source of friction between the two blocs in Osun State.

Like what is happening in Edo State, where APC National Chairman, Comrade Adams Oshiomole is in a bloody battle with Governor Godwin Obaseki over control of politics of the state, some say Oyetola is taking steps to exert his control over the government and party structure in the state.

Oyetola may have learnt a lesson from former Lagos State Governor Akinwumi Ambode, who was denied second term because he was not in control of the government or party in the state then.

However, some say Aregbesola may not want to cause embarrassment to the Tinubu political family.

Others say Aregbesola’s stance may be determined by the posture of some of his loyalists who have not been accommodated by Oyetola.

According to a political observer, Aregbesola may not want to dump the political family like former Governor Raji Fashola and Ekiti Govervor Kayode Fayemi who are both toeing a different line from Asiwaju.

That is especially now that Tinubu has his eyes on the presidency in 2023, there is belief that Oyetola and Aregbesola may decide to reach a compromise.

But how long will the former governor endure watching his legacies been rubbished is what remains to be seen.