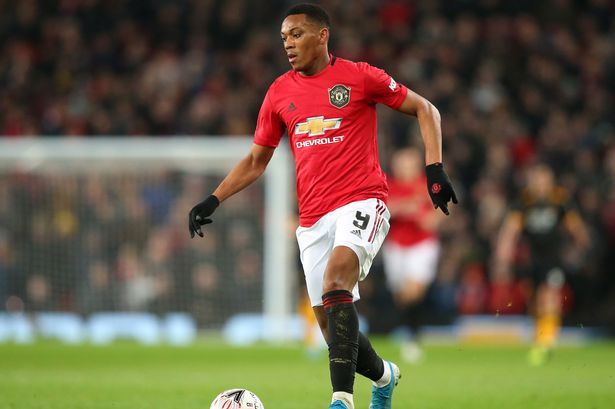 Anthony Martial was in great form before the break, scoring in four of his last five starts. It took his tally to 16 goals in all competitions, as he appeared on course to surpass the 20 goal mark for the first time in a Manchester United shirt.

Martial’s scoring has been even more impressive considering he missed two months of action with a thigh injury at the start of the season.

That makes his minutes per goal rate even more impressive.

Anthony Martial has scored a goal every 158 minutes of action this season.

Furthermore, he has a more prolific goalscoring ratio than Liverpool’s sensational trio consisting of Salah, Mane and Firminho.

Liverpool’s Sadio Mane is averaging a goal every 169 minutes.

Mohamed Salah scores every 171 minutes, while Roberto Firmino’s contribution is just a goal every 304 minutes of action.

Martial still has some work to do to be considered truly as part of the elite goal hitters. Sergio Aguero’s scoring rate is a goal every 88 minutes.

But for a player who has been often played out wide, this is an encouraging sign.

Last season Martial averaged a goal every 194 minutes, and the campaign before that, it was a goal every 212 minutes.

Martial is showing positive signs of progress and becoming more dangerous. He has added five assists for good measure.

United’s number nine can be even better next season when he could have Marcus Rashford and Bruno Fernandes playing with him for the first time.
With the prospects of Jadon Sancho joining too, Martial can reach new heights.

Related Topics:Man UMartial
Up Next