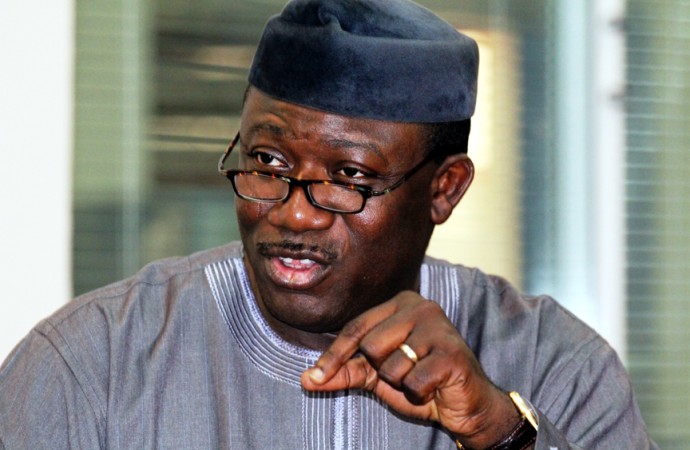 Gov. Kayode Fayemi of Ekiti has paid tributes to a former Special Adviser on Education and Ethics to President Olusegun Obasanjo, Chief Samuel Kolawole Babalola, who died on July 20 at 89 years.

Fayemi, in a statement issued by his Chief Press Secretary in Ado-Ekiti, Mr Yinka Oyebode, said Babalola’s demise was a great loss to Ekiti and Nigeria as a whole.

He described the former presidential aide as a courageous and forthright leader who had tremendous love for his people.

The governor said Babalola  served humanity from the grassroots as a teacher and teachers’ union leader before embracing partisan politics which he used as a platform for service to the people.

According to him, Babalola also engraved his impact in the sands of time by his role as a policy formulator

Fayemi said the deceased brought integrity to bear in key assignments he handled, adding that this made him a much sought after policymaker at state and federal levels.

He said Babalola had stints as Commissioner in Western State, old Ondo State and as Chairman of the Teaching Service Commission in Ekiti.

Fayemi said that the deceased also excelled in politics through his election as member of old Ondo State House of Assembly where he emerged as Chief Whip and later as presidential aide.

The governor also described Babalola as a politician whose humility, courage and selflessness should be emulated by contemporary politicians and office holders.

While commiserating with the deceased’s family, Fayemi urged them to be consoled by the worthy legacies he left behind which had been widely acknowledged.

“The government and good people of Ekiti State will not forget the worthy legacies of our revered Baba, S.K. Babalola as he was fondly called.

”May God grant him eternal rest and grant the family the fortitude to bear the irreparable loss,” he said.