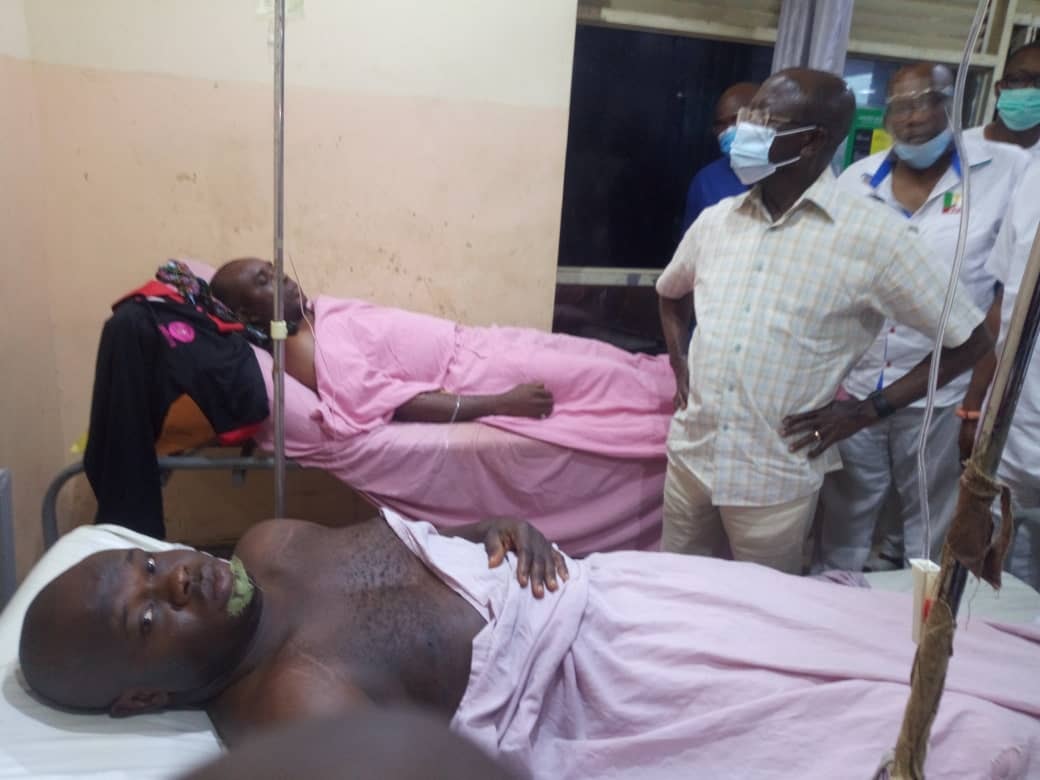 Former National Chairman of the All Progressives Congress (APC) Comrade Adams Oshiomhole has described Tuesday’s road crash involving his convoy and a trailer as an assassination attempt.

Two policemen attached to the former governor’s convoy died in the accident that occurred around 12 noon at Benin-Lagos bypass before Oluku junction.

Two others sustained serious injuries during the incident and are receiving treatment at an undisclosed hospital.

Oshiomhole, who is fighting to regain the political momentum in his state spoke through his spokesman, Victor Oshioke.

He said: ‘’The convoy was heading for Usen, where Comrade Oshiomhole was expected to appear at a campaign rally, along with Pastor Ize-Iyamu, when a trailer driving in the same direction veered off its course, hit the back-up Toyota Hilux carrying seven policemen, forcing it off the road into the bush and rammed into the Sport Utility Vehicle (SUV) carrying Comrade Oshiomhole, causing substantial damage.

“Comrade Oshiomhole and other persons in the convoy, apart from those indicated above, did not sustain any injury.

“It is pertinent to state, without fear of contradiction, that the convoy of Comrade Oshiomhole was maintaining legal speed limit when the incident occurred.

‘’This explains why the trailer, travelling in the same direction overran the Toyota Hilux vehicle off the road and still hit the SUV carrying Comrade Oshiomhole, causing substantial damage.’’

“Without prejudice to police investigations, eyewitnesses account of the incident suggest, and we believe rightly too, that this was an assassination attempt targeting Comrade Oshiomhole.”

“While we pray for the quick recovery of the injured policemen, we extend our condolences to the families of the departed.

“Comrade Oshiomhole has visited the injured policemen in the hospital and he deployed some of his aides to be on standby at the hospital to ensure that the wounded policemen are given the best medical attention possible.

“The case was immediately reported at the Ekiadolor Police Station and investigations are ongoing.

“We call on the security agencies to do everything possible to unravel the circumstances surrounding the incident, especially because of the threat to the life of Comrade Oshiomhole and the violence which has been directed towards him and the people around him in recent times.”