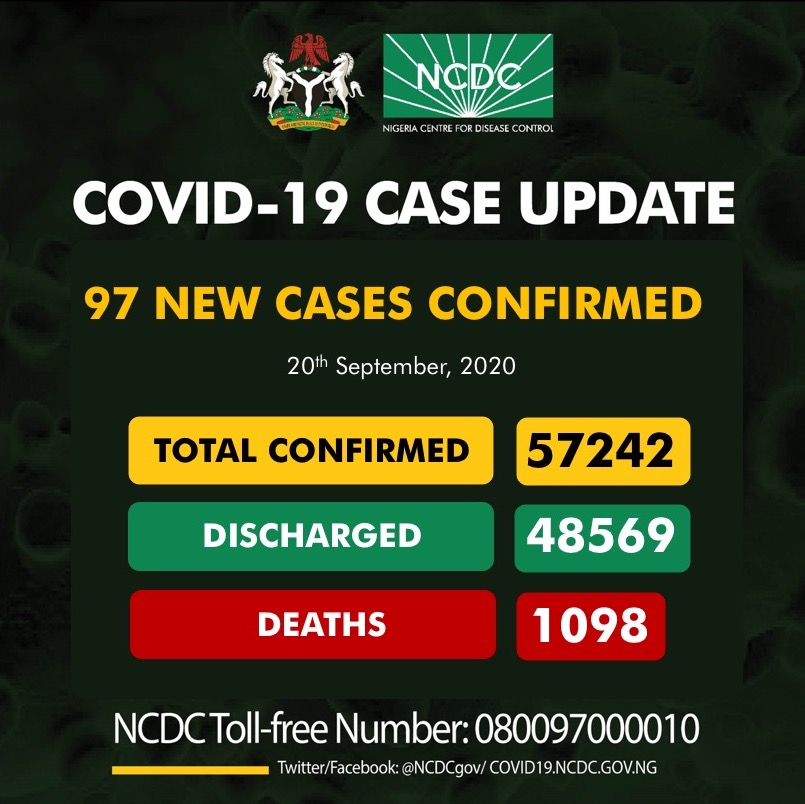 The Nigeria Centre for Disease Control (NCDC) has recorded  97 new coronavirus (COVID-19) infections in the country, bringing the total confirmed cases to 57, 242 nationwide.

The NCDC disclosed this on its official twitter handle on Sunday .

It added that three persons died of COVID-19 complications while 138 patients, who recovered at various isolation centres across the country the same day, were discharged.

Based on the figures released, Lagos state recorded the highest number of infections with 46 new cases.

According to the NCDC, the 36 states and FCT have now recorded at least one confirmed case of the virus.