Wike Has Made Me Proud To Be PDP - Anyim 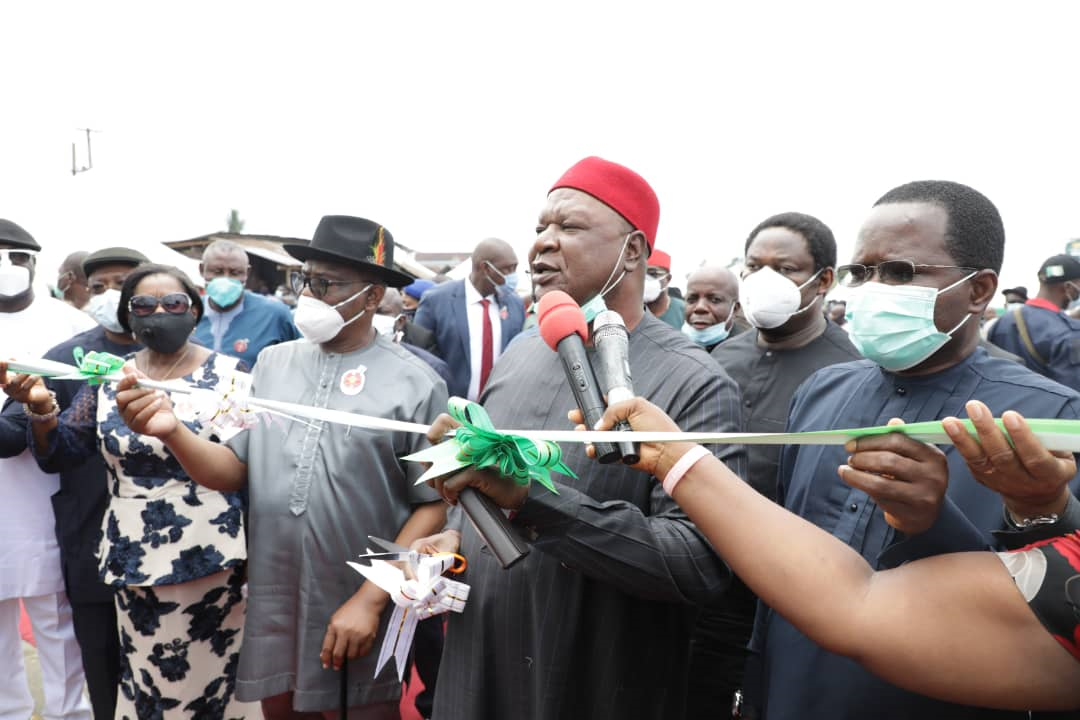 Anyim Pius Anyim was ecstatic on Tuesday in Rivers State as he inaugurated a major road project constructed by the Nyesom Wike administration. According to Anyim, Wike has made him proud to be PDP.

The former president of the Senate spoke at the inauguration of the of the Rumuekini/Aluu Road, traversing Obio/Akpor  and Ikwerre Local Government Areas, performed by former Secretary to the Federal Government, Senator Anyim Pius Anyim on Tuesday.

According to Senator Anyim, it is this level of leadership that has enabled Wike to conceive projects that are tailored to meeting those needs, and eliminate the possibility of having wild elephant projects.

“Governor Wike, because you commission projects, it is certain no project will be abandoned. I am proud to identify with the progress that you have made.

Proud To Be PDP – Anyim
“I am proud to belong to PDP family. It is the spirit of PDP that is at work in your government and that spirit of PDP will come to work in Nigeria.

“When I was invited for this commissioning,  I did not really appreciate the magnitude of the work: the real import of the governance Governor Wike has brought to Rivers State.

Earlier, Governor Wike had commended the contractors of the road project saying that it was one project that he did not go out to supervise. He also said it was a commendation for local contractors.

Rivers State Commissioner for Works,  Elloka Tasie-Amadi said prior to its reconstruction,  Rumuekini /Aluu Road was a nightmare, and took a toll on socioeconomic activities of the people in the area.