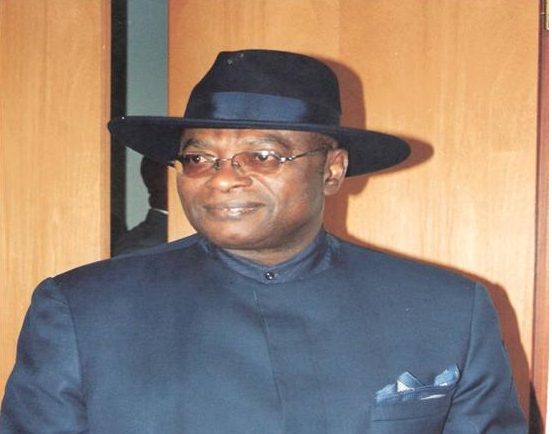 Elder-Statesman Senator Aniete Okon has called on the presidency to probe the role of the Assets Management Company of Nigeria, AMCON in the affairs of Arik Air following his claims that the takeover of the airline has worsened the financial state of the company.

Senator Okon who was vice-chairman of the airline before the takeover in an interview accused AMCON of spinning lies to defend the deterioration of the company’s asset quality.

While noting that the airline had as many as 15 serviceable aircraft at the time AMCON took over, Senator Okon said that only four were now in the service of the airline and lamented that one of the aircraft was  about being ceded to start the proposed new national airline.

Affirming that the airline was not in any crisis out of the normal operations, he, however, regretted foreign exchange constraints which he said affected the company just as other companies. Okon, said that even at then that the company made more than enough provisions for in naira provisions.

Okon while calling on the presidency to protect the original owners of the airline from the alleged malice of AMCON spoke in reaction to the assertions of the receiver manager, Mr. K. Omokhide in a national newspaper.

“Arik was in operation before Amcon forcefully took over the Airline. In fact on the day Amcon invaded the Arik head office in Lagos, with two lorry loads of mobile police, there were 15 serviceable aircraft in constant operation.

“In fact, on that day the Lagos-London flight departed for London. The airline operated about 69 flights on that day due to the harmattan haze. Normally the company operated well over 100 flights daily.  Amcon continued operating the airline’s typical schedule for roughly two weeks before shutting down long-haul services.

Noting the constraints imposed by foreign exchange scarcity which he said were not the making of the airline, Okon said:

“It should also be noted that the company had like other companies in Nigeria had difficulties in accessing Foreign Exchange from Central Bank of Nigeria (CBN) to meet its operational needs for spare parts and other foreign obligations. The then Management of the airline approached the CBN to plead for priority assistance to access FOREX without success. It should be noted that, from roughly the third quarter of 2015, Nigeria started experiencing shortage of FOREX and was in recession during 2016. There was no way the company would have gone under.

“It is most untrue that creditors were closing in on the airline. The airline exited the facility it took from U.S. Exim Bank and paid off EDC (Export Development of Canada) for the first set of aircraft she provided facilities for.”

While Senator Okon observed that Arik was meeting its obligations to both foreign and domestic financial facilitators, he traced how the company entered into the grasp of AMCON through a new Central Bank of Nigeria, CBN, policy.

“Arik’s unfortunate journey into Amcon was NOT due to her failure to meet her obligations but was due to change of policy by the Central Bank of Nigeria at that time (i.e., 2010/2011)

“When the transaction of the A340-500 commenced in 2008, the official exchange rate was 1 USD = N150 but Arik made all deductions by the banks at N180 = 1 US Dollars; thus making provision for exchange rate fluctuations. Eventually this was officially increased to N360 = 1 USD.

“It is clearly obvious that with the change of policy by CBN and changing the facility to a local loan at high interest rate with depreciating value of local currency, there was no way Arik could meet such payment schedule demanded by Amcon and, at the same time, meet previously unchanged obligations of foreign financial institutions. Suffice it to state that Arik had to meet other obligations with other financiers such as U.S. Exim, EDC and Afrexim, with such harsh economic climate.

“Suffice it to state that all was well until about the fourth quarter of 2015 when there was a scarcity of FOREX. The remitting banks claimed they were not getting sufficient FX from CBN. Meanwhile the financial institutions insisted that even though they had verifiable evidence of the Naira with the local banks, Arik’s obligations could only be met when funds are received in US Dollars.

“Arik Management met with CBN to explain the situation and the consequences of not obtaining FX. Suffice it to state that CBN gave approval for the transaction before the financial institution signed off on these transactions. Our pleas to CBN were unsuccessful. To avoid a default, the Management had to dip into its operational funds to purchase shortfall FX  funds from the parallel market to pay the Financial Institutions.”

Also noting the foreign exchange issues with the insurance of the aircraft, he said:

“Arik aircraft were insured with Lloyds of UK with Willis UK as it Brookers. This was the condition of the financiers. Arik paid the local insurance brokers but the broker had difficulties in sourcing FX from CBN in 2016.  Every effort was made by Arik to assist the local Insurance Broker to obtain FX at CBN.

“Thus insurance premium paid by Arik was with the broker who could not obtain FX.  Consequently, Willis UK refused to renew. This caused a shut down and with intervention of the then Minister of Finance, CBN made the FX available to the Broker. Thus it could be seen that Arik’s problem was lack of support by the state.

He also debunked the claim that the former management procured obsolete aircraft, saying:

“Contrary to Amcon’s view that the newly purchased A340-500 purchased by Arik in 2008/2009 were not commercially viable, a larger version, A340-600, is being operated by a foreign Airline from London to Lagos daily since she started operations into Nigeria from 2005. Every airline runs on agreed credit with its suppliers and service providers. Arik faced serious challenges due to lack of support on its FX requirement.  Suffice it to state that the FX required by Arik is far less than 5% of what the CBN makes available to foreign airlines to remit out of the country.”

Senator Okon also debunked the claim by AMCON that it gave Arik and injected N375 billion into the airline.

“Amcon says it has injected well over N375 billion (that’s equivalent to roughly USD 1 billion! Haba Amcon!) in the airline since its forceful takeover February 9th 2017. This is a cause for concern. What exactly were the funds used for?

“ Amcon took over 15 serviceable aircraft and today has only four serviceable aircraft. Amcon had to lease an aircraft from Mongolia and used the services of Value Jet to beef up its operations.  In addition, spare parts and tools valued at well over USD 120 million in its stores – i.e. at the time Amcon took over the airline – have been depleted and not replenished.”

The elder-statesman also refuted the claims that the former management was short in training saying that it was the leader in training among local airlines just as he accused the new management of failing to render accounts of its stewardship.

“Since Amcon’s takeover of the company, she has refused to render account to its shareholders. Rather the company is using Arik to learn the ropes and misinform the government. The Presidency should set up a panel to probe the Arik takeover by Amcon and inquire into its activities since takeover.

“Amcon has misinformed the government to the benefits of its personnel. It is interesting to note that the current Receiver Manager is an employee of Amcon. Thus his self-serving statements are meant to defend Amcon’s mismanagement of the airline.

“Amcon is taking some aircraft from Arik to start NG Eagle. These aircraft belong to Arik and are supposed to be used to generate revenue for Arik to defray the supposed debt.

“If the aircraft have been working for Amcon for the past four years, and the loan has not been defrayed but growing, it is clear that setting up another airline is a wholly wasteful adventure that will neither resolve the Arik issue nor make the new Airline viable is in the near future.”