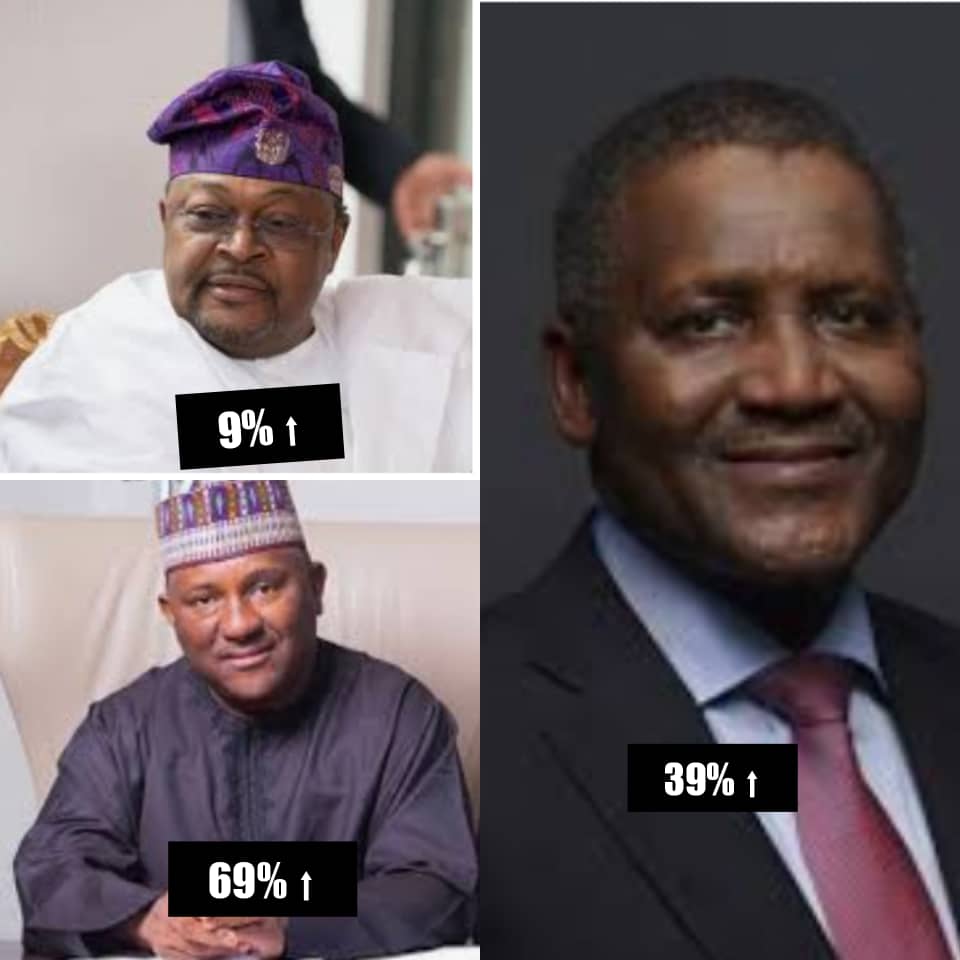 Aliko Dangote, Mike Adenuga and Abdulsamad Rabiu ranked as Nigeria’s leading billionaires and saw their combined assets grow by $5.7 billion in the year of the COVID-19 pandemic, Forbes announced on Tuesday.

The three men saw their combined wealth jump from $16.8 billion in 2019 to $24 billion in the year 2020 when many of their country men were worsened by the COVID-19 pandemic.

Nigeria’s billionaires were not alone in beating the COVID-19 headwind as the combined wealth of the world’s billionaires grew by $5 trillion from $8 trillion to $13 trillion.

According to Forbes in its latest ranking released on Tuesday, Dangote remained Africa and Nigeria’s wealthiest man with assets moving 39% from $8.3 billion to $11.5 billion. He is, however, the world’s 191st richest person.

Dr. Michael Adenuga, chairman of Globacom and Conoil Plc, is Nigeria’s second richest person and the fifth in Africa after his wealth jumped 9% from $5.6 billion to $6.1 billion. He is also 440 in the list of the world’s billionaires.

Like Adenuga and Dangote, Rabiu who is the third richest Nigerian billionaire grew in net worth during the year 2020 with his wealth rising 69% from $2.9 billion to $4.9 billion.