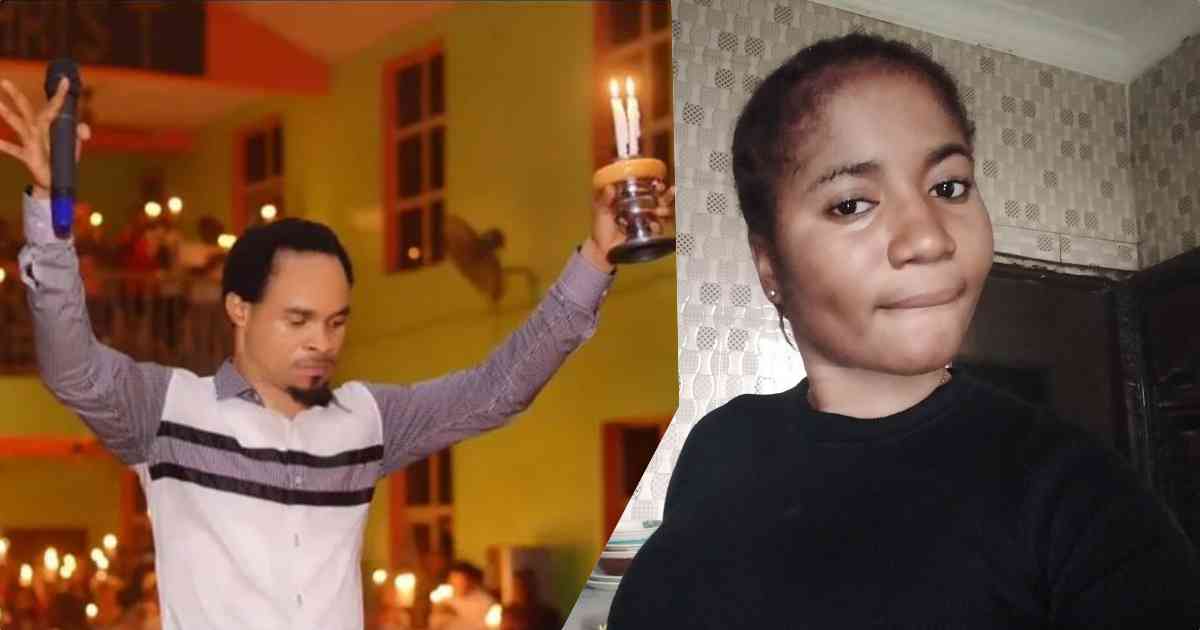 The claim was made in a video posted in September 2020. Mother of the deceased Ada Jesus has now come out to say that at the point the daughter spoke that she had already been infected with her kidney condition.

Ada Jesus also said that her situation was compounded by her failure to adhere to the medical regimen prescribed for her.

She inferred that based on her experience, she could pick out the men of God who are true and those who are fake.

Ada Jesus who claimed to have once worshiped in Odumeje’s congregation continued:
“If I say that Odumeje is not a true man of God nobody will beat me because I have my evidence.”

Continuing, she said, “which church will you see it that you will be sick and your pastor will not pray for you but will give you something and the whole world will see it.”

Ada Jesus whose real name is Mmesoma Mercy Obi died on April 21 at the age of 23 of kidney related complications.