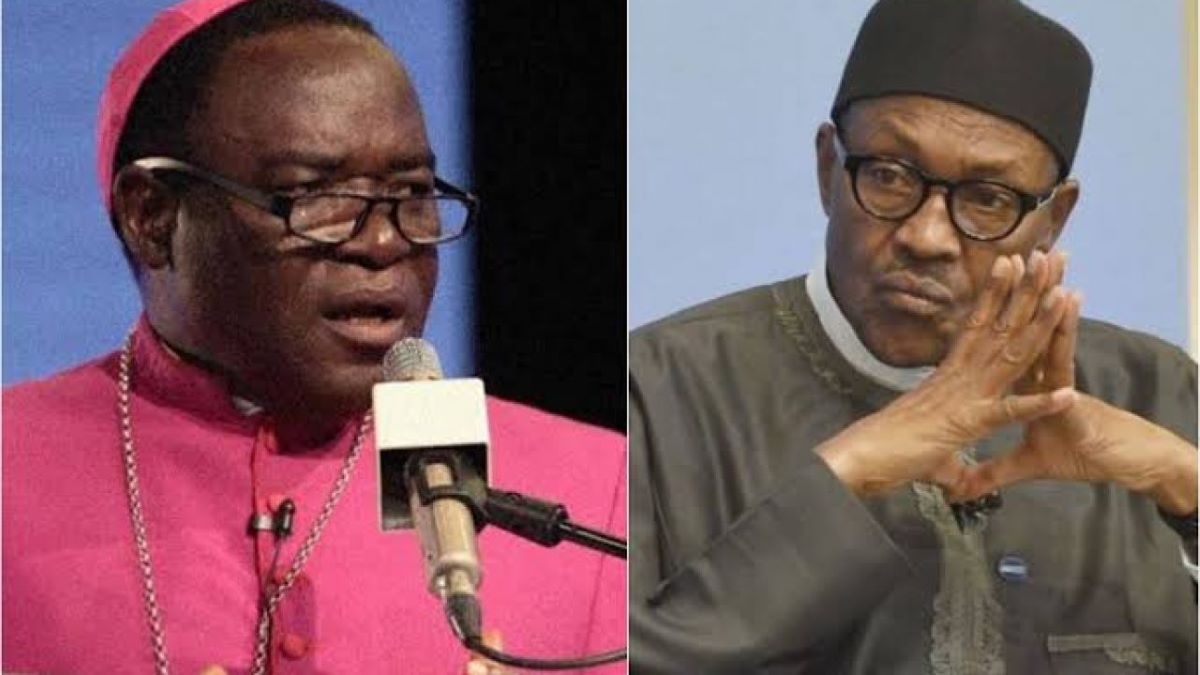 This is contained in a statement by BMO Chairman Mr Niyi Akinsiju and Mr Secretary Cassidy Madueke in Abuja on Friday.

The organisation said that the cleric’s virtual testimony at the Tom Lantos Human Rights Commission of the U.S Congress was not a true representation of the security situation in Northern Nigeria, and government’s efforts to tackle it.

“Like many Nigerians, we were aghast to watch Bishop Kukah, a key leader of the National Peace Committee (NPC), making a  presentation before a U.S Congress commission about alleged government-sanctioned persecution of Christians that is clearly at variance with the realities on the ground.

“We make bold to say that issues of banditry and insurgency in some parts of Northern Nigeria are pure criminality, not necessarily sectarian, and we are seriously concerned that Kukah who admitted in his testimony that Muslims have also been targeted, would even attempt to present criminal matters as religious cleansing or systemic persecution of Christians.

“In fact, all indications point to the Muslim community suffering more attacks from criminal elements in the North than the picture the Catholic Bishop painted to the Americans about a worse situation for Christians in the past 10 years.

“More worrisome is the suggestion by Kukah that the Buhari administration is not only helpless but also not willing to deal decisively with bandits.

Our position is that this line of thought can only be pushed by an unrepentant government critic who has deliberately refused to acknowledge the work that the administration and the military have been doing to stem the tide of banditry and other security challenges in the land,” it said.

BMO added: “We simply wonder how someone who lives and works in Sokoto would not be aware of the several bombing raids by the Nigeria Air Force on bandits’ locations in neighbouring Zamfara State, including the most recent one that killed at least 120 bandits in Sububu forest the day before his skewed testimony before the U.S Congress.

“Kukah’s case is not that of innocent ignorance. It is deliberate mischief because there is no way a public affairs analyst like him would not know that no administration has done more than the current one in 20 years to boost the operational efficiency of the Police and other security agencies.”

It also advised the U.S Congress to be cautious of elements like Bishop Kukah who were always on the lookout for opportunities to malign Buhari and his administration.

“We want to advice American Parliamentarians to be wary of the Catholic Bishop who, although he is the Secretary of the National Peace Committee (NPC), he has hardly done anything to facilitate national peace. Rather, he takes regular potshots at the Buhari administration.

“If not for mischief, we are at a loss on what he wanted to achieve by drawing attention to the religious background of the heads of the three arms of government, soon after accusing the President of pursuing a nepotistic agenda that favoured men and women of his faith before an international audience that may not be aware of the facts of local politics?

“Will Bishop Kukah say he is not aware that the appointment of the Chief Justice of Nigeria is based on hierarchy among Justices of the Supreme Court? Or is he saying that the religious leaning of Senate President Ahmad Lawan and Speaker Femi Gbajabiamila was the determining factor in their emergence as heads of the two chambers of the National Assembly?

“So we view this part of his presentation as a deliberate and mischievous effort by a leader of a peace committee to exploit the nation’s diversity for personal interest,” BMO said.

Restructuring: It Is Better We Go Our Separate Ways — Oyinlola

Obiano Not Involved In Arrest Of Nnamdi Kanu – CPS