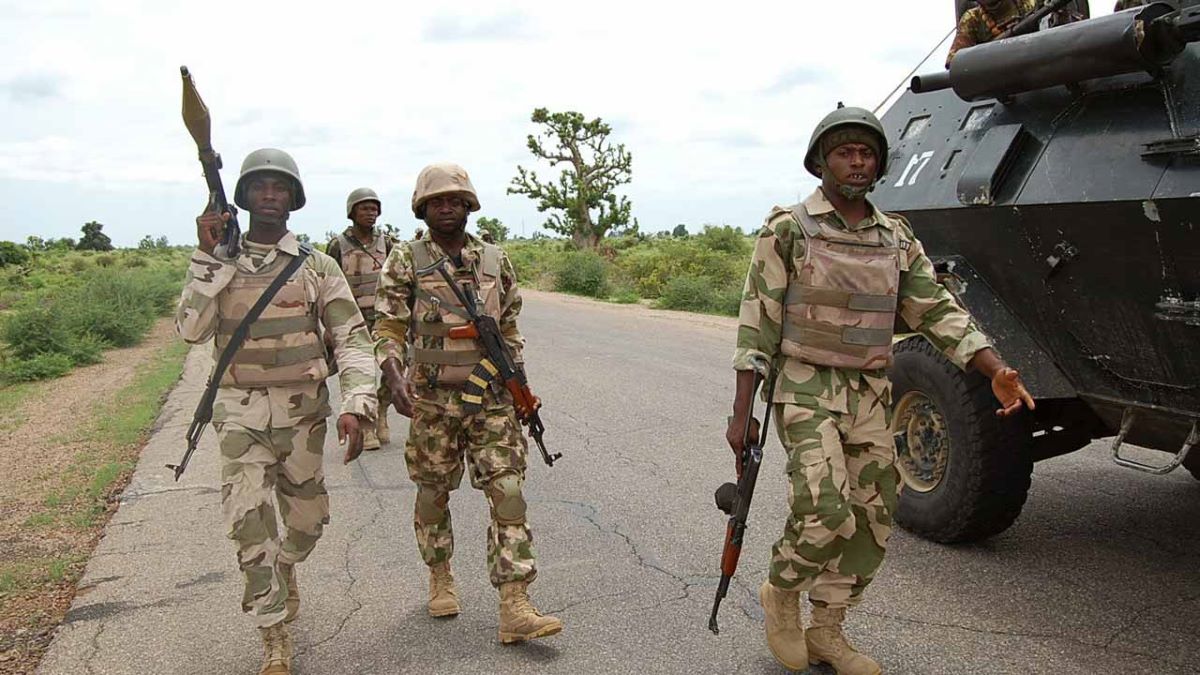 Gov Mai Mala-Buni of Yobe has commended the Nigerian Army and other security operatives in Geidam for the ”uncommon bravery” in confronting and repelling an attempt to attack the town on Wednesday by Boko Haram.

Buni made the commendation on Thursday in a statement signed by Maman Mohammed the Director-General Press and Media Affairs.

The governor saluted the Commanding Officer for mobilising his men to confront the ”enemy outside the town”.

“It is heart warming that although the enemy withdrew, the soldiers gallantly pursued them and cleared an ambush mounted on their way.

“The government and people of Yobe appreciate this act of bravery to secure the general area and allow the people of Geidam to continue celebrating the Sallah festivities peacefully” the governor said.

He explained that such proactive measures will check the kind of attack as was planned by Boko Haram on innocent communities.

“You have done us proud, the government and people of the state will continue to support you” Gov. Mala-Buni said.

He called on the people to always volunteer useful and timely information to the security operatives to enhance proactive measures against the kind of attack that was planned by Boko Haram.

“You are advised to volunteer timely information on suspicious movements around your communities to the security and other relevant authorities to enhance timely response” he said. (NAN)

GreenWhiteGreen GWG reports that Boko Haram had last April launched a similar massive attack on the town and were also at the same time repelled by the Nigerian Army.

Giedam is the hometown of the immediate past governor of the state, Senator Ibrahim Giedam.