Horrific! Gravestone Kills 5-Year-Old Girl While She Was Playing

New Zealand Legislator In Labour, Cycles To Hospital To Give Birth

Six Rescuers, 46 Others Dead In Russian Coal Mine Accident

Einstein Manuscript With Theory Of Relativity Notes Sells For N7.1Bn 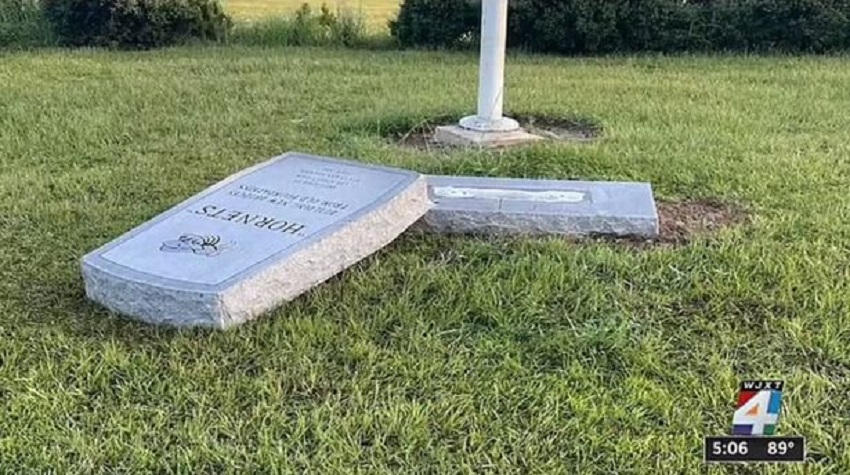 There was sadness at a monument in Lee Street Resource Centre in Blackshear, Georgia, as a gravestone crushed a five-year-old girl, Bella Bennett to death.

The victim was reportedly playing with her 8-year-old sister on the stone monument. The horrific incident happened when the older girl jumped off the gravestone, making it toppled onto Bella.

According to media reports, her father and another bystander tried to lift the massive 300-pound stone but in the end it took three adults to lift it, by which time it was too late.

“It was on top of the little girl. It was covering half of her body, her head, her shoulders,” a witness told local news site News4Jax.

“She was pinned in, and her dad couldn’t get her out,” he added.

“I tried to lift it up, so he could pull her out. We weren’t successful.”

Another witness said Bella’s uncle held the girl’s hand until help arrived. She was rushed to a nearby hospital before then being airlifted to Wolfson Children’s Hospital in Jacksonville, Florida.

Sadly, her injuries were too severe doctors there pronounced her dead later that night.

Bella had recently started at Blackshear Elementary. Mandy Williams, the assistant headteacher says that she loved animals, particularly horses, but most of all, she enjoyed playing with her older sister.

“That was one of her favourite things to do,” she said.

Related Topics:GirlGrave stone
Up Next