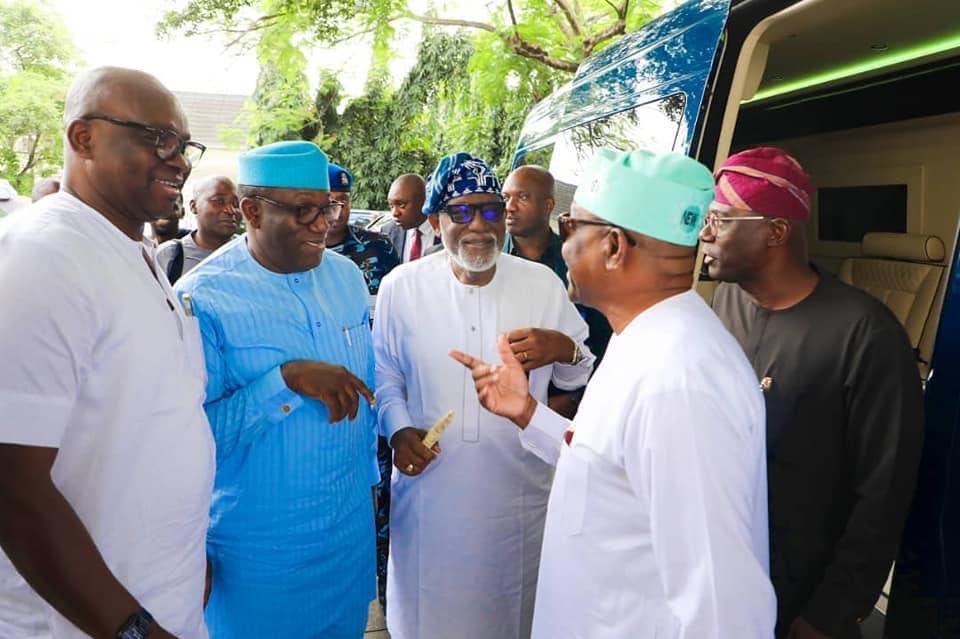 Wike and APC governors during an earlier meeting in Port-Harcourt

Governor Nyesom Wike of Rivers State is set to roll out the red carpets for chieftains of the All Progressives Congress, APC next week in a development that is bound to raise questions on the imminent resolution of the faceoff between him and Atiku Abubakar, the presidential candidate of his party, the Peoples Democratic Party, PDP.

GreenWhiteGreen GWG reports that since Wike lost the PDP presidential ticket in early June and then was overlooked for the position of running mate that the governor and his supporters on the one hand and the mainstream of the party have been at logger heads.

A committee was recently proposed by the Board of Trustees, BoT to reconcile the two tendencies in the party.

Since the crisis began the APC has made moves towards wooing the Rivers State governor with former Governor of Ekiti State, Ayodele Fayose leading some APC governors to Wike a month or so ago.

In a move that is bound to further raise questions on the inclinations of the governor ahead of the General Election, Wike has now invited two prominent APC chiefs, Governor Babajide Sanwo-Olu of Lagos State and the immediate past governor of Sokoto State, Senator Magawata Wamako to Rivers State.

The invitation by Wike to the APC chiefs has come under the cover of the commissioning of projects executed by the Rivers State governor.

Announcing the invitation during a round of project inspection on Wednesday, Wike said: