Even A Mad Man Has Relatives, Group Reacts To EFCC’s Plans Against Sun Newspapers 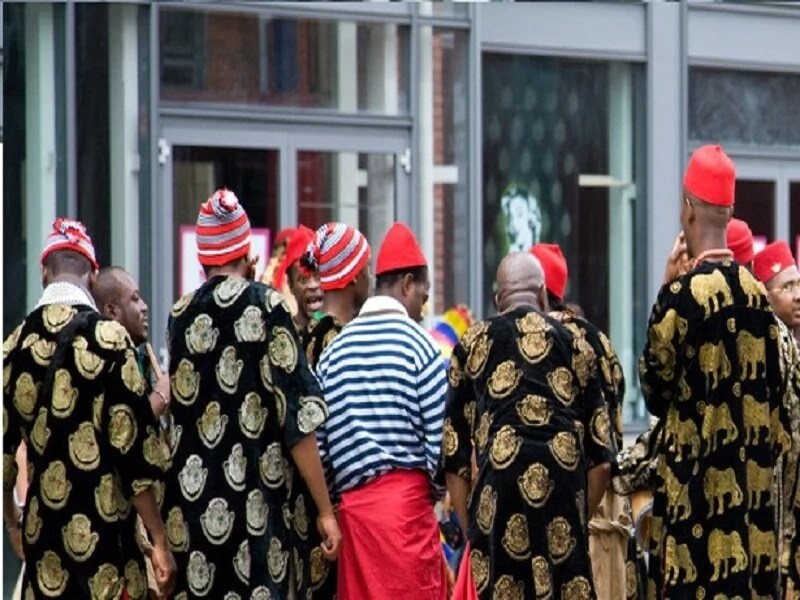 The Igbo Youths Movement, IYM has expressed shock at moves by the Economic and Financial Crimes Commission, EFCC to take over the Sun newspapers saying it is reflective of predictions of the imminent arrival of dictatorship in the country.

The group in a statement issued by its founder, Evangelist Elliot Ugochukwu-Uko said:

“Not in the wildest imaginations of even the worst pessimist, could anyone contemplate that a day would ever come, in this 21st century, that a court judgment over supposed corrupt dealings of a politician, in this case, a former governor, could lead to the targeting the most popular newspaper in the country.

“If the plan to crush the newspaper, or at least forcefully change the ownership is real, then the long awaited era of the JUNTA predicted by naysayers at the beginning of this regime has eventually arrived.

“Those who mocked the nation: “you people don’t know this man, you will soon see pepper “

“We can only hope that’s not true. Nobody would believe shutting down the Sun newspapers is not actually about the politics of 2023,nobody. It will be difficult, if not impossible to convince anyone that the court found it impossible to punish ex governor Orji  Uzor  Kalu, without laying hands on Nigeria’s most colourful newspaper.

“Anybody or cabal, who targets to cripple Sun newspapers ahead 2023,without considering the far reaching consequences of such action,can only be displaying a total lack of knowledge over the complex ethnic composition of Nigeria and the very sensitive nature of our politics. The fellows are also ignorant of the general mood in the land. That would be so unfortunate.

“The faltering economy, the joblessness in the land, a stubborn insurgency in the North east, agitation for secession in the east, terror from armed bandits everywhere, protests for revolution still simmering, very loud complaints over disobedience to court orders, hunger, anger and emotion running high all over the country.

“Add these to the rumours that this government is desperate to clampdown on free speech and shut down free press, what everyone sees, is an unpleasant cocktail of fear, a clear case of a government seemingly overwhelmed by a landslide, pleading for an earthquake. God forbid.

“Whoever set this in motion, should go back to sleep and please wake up from the right side  of the bed, before this bad dreams turns into a nightmare.

“Shutting down the Sun newspapers even for a minute is a dangerously wild idea that should not even be contemplated. Forceful takeover is worse. Even school children know that a thriving news medium should not be drawn into war against corruption on a politician, unless the actors are no longer pretending over 2023 political battle.

“There is no wisdom in opening war fronts every where. That actually, will be deliberately twisting the tail of a sleeping angry lion. Even a mad man has relatives.”