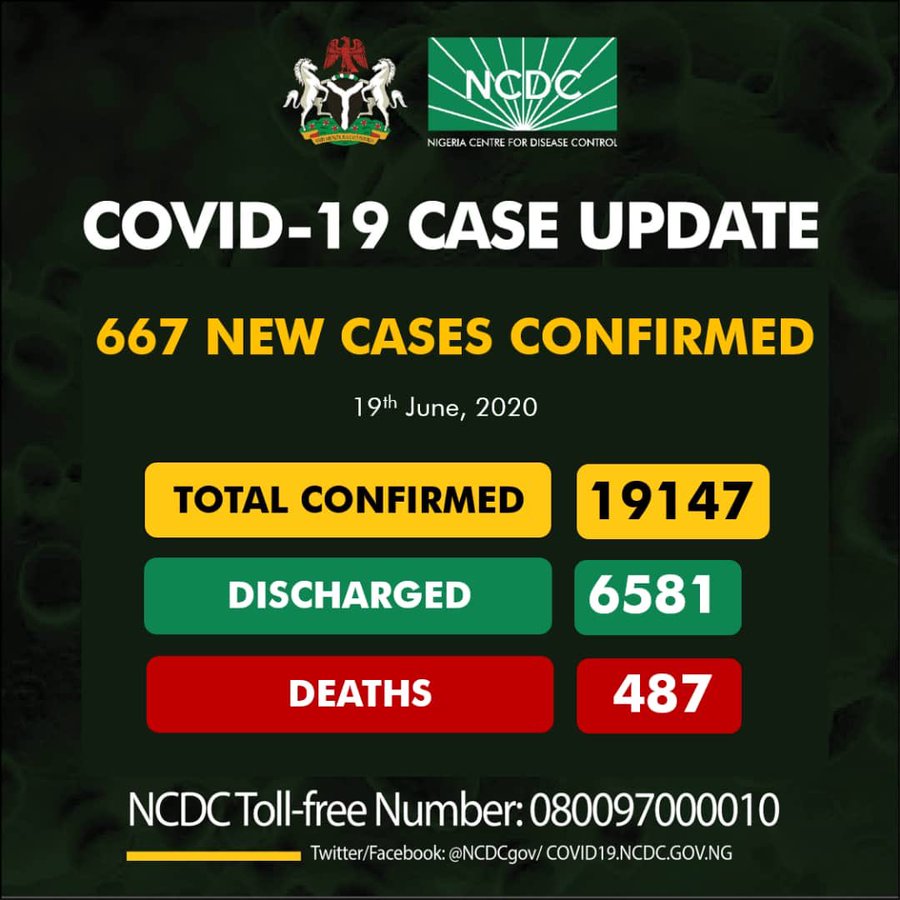 Nigeria has recorded 667 new cases of COVID-19, bringing the total number of infections in the country to 19,147.

The Nigeria Centre for Disease Control (NCDC) announced this on Friday through its official Twitter handle as it disclosed that the country now has 12,079 active cases of the pandemic.

NCDC said that the 667 new confirmed cases were from 23 states, with six deaths as at June 19.

The health agency said that no new state reported a case in the last 24 hours.

The NCDC said that Lagos reported the highest number of cases with 281 new cases and Abia was second with 48 new infections.

NAN reports that the health agency said over the next few weeks, it would expand its COVID-19 testing capacity using the  Gene-Xpert machines, as part of the National Laboratory Testing Strategy.

NCDC, however, said  that it remained committed to supporting all states in the country  to test, trace and isolate.