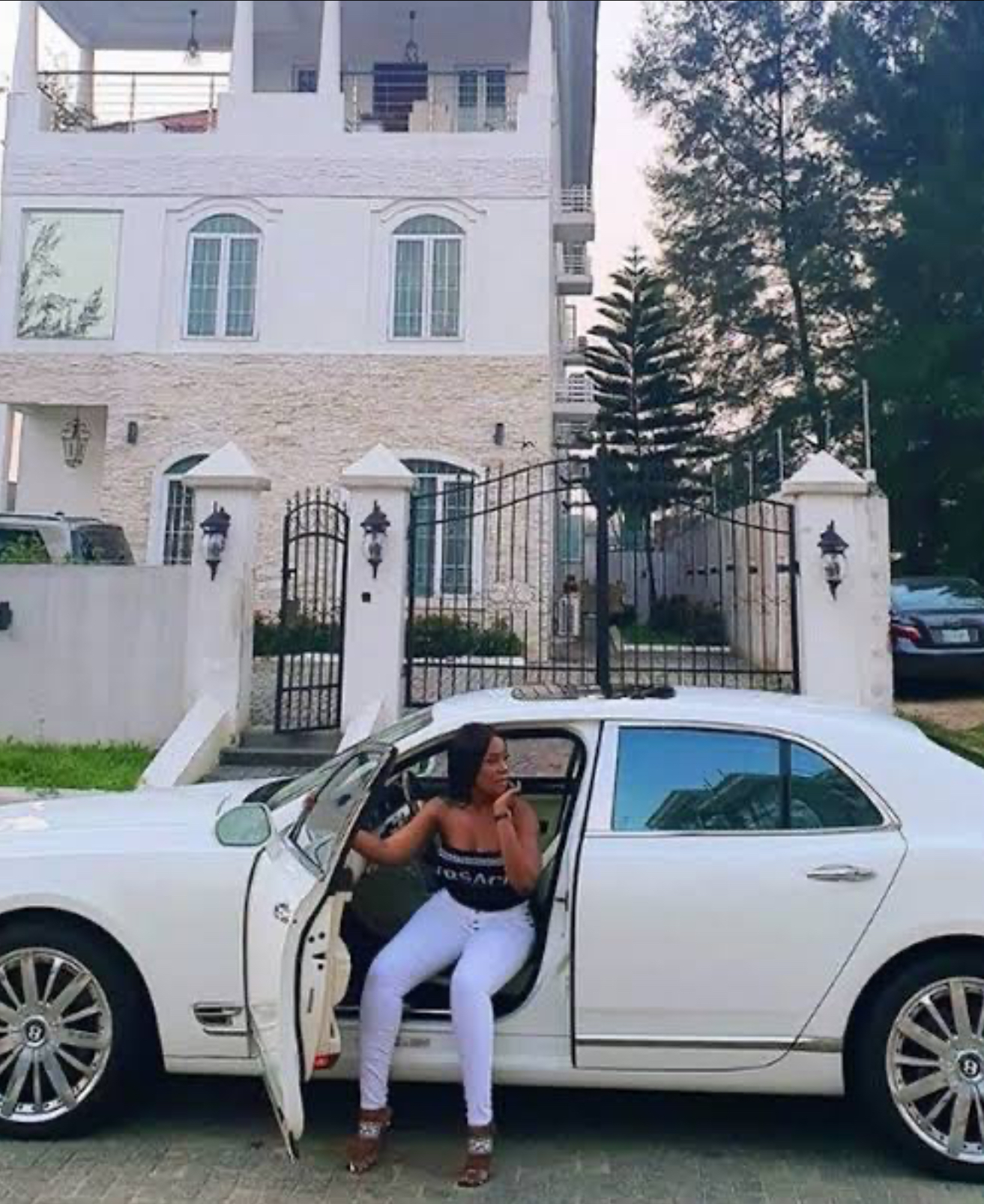 The Nigerian economy, being one of the biggest and largest in Africa is no doubt home to thousands of successful businesses men and women, musicians, career politicians, successful entrepreneurs etc.

It is a known fact that most Nigerians love luxury and will do anything within reach to get the best. This is not limited to only buildings, the house they live in, but also cars, expensive jewelry, and such.

Many successful Nigerian businessmen and women including some politicians who have lived off the commonwealth of the people go to any length to also ensure that they house themselves in decor and the finest things that money can buy. Among the Nigerians living in the finest luxury in terms of buildings are:

Linda Ikeji remains the richest blogger in Africa and mother of one is one who goes after the fine things of life and for effect puts it out for you to see!

The two-storey luxury house she lives in was actually acquired in 2015 and cost 500 million naira at that time, a fact which she confirmed on her Instagram page.

The magnificent building located in Banana Island has about three floors with six bedrooms en-suite, two living rooms, a media room and a cinema room among other things

It is not surprising that she owns one of the most expensive buildings in Nigeria valued at $700 million and was constructed by Julius Berger. This magnificent building is located in Ikoyi, Lagos. It is rumored that this house was designed in such a way that bullets won’t penetrate its walls

We all know him as Mike Adenuga but his full name is Michael Adeniyi Agbolade Ishola Adenuga Jr.

He is the second richest man in Nigeria and GreenWhiteGreen GWG recently reported Forbes as valuing him at $6.1 billion. Mike’s magnificent mansion is located in Banana Island, Lagos. And it has been valued at over 8 billion naira.

Dangote is the richest man in Africa and the richest in Nigeria as at today. He is the chairman of Dangote Group and has a net worth of 10.5 billion dollars.

Despite his wealth Dangote has not been known to love too much luxury. He lives a moderate lifestyle so it is not surprising that his building that is located at Federal Capital Territory is valued at 5 billion Naira.

Orji Uzor Kalu was a former Governor of Abia state, truth be told before he entered politics he was already a successful business man with interest in the aviation sector, oil and gas etc.

His building was named after his daughter Camp Neya built in 1998 and it is located in Igbere his home town. The building has about 400 rooms, a conference hall, a swimming pool, a football field, a church building and a mosque, a clinic, among others.

Have you seen P-Square’s Mansion? if you are their follower on Instagram you would have taken notice of the interior of this magnificent building. They love displaying everything in the building from the dining to the bedrooms and also the guest room.

This building was built when the 3 brothers started making waves in the music industry and is equipped with a swimming pool, underground basement, six living rooms, and ten master bedrooms.

It is located on Lola Holloway Street, Omole Estate in Lagos the house is valued at 1.5 billion, in 2017 they put that mansion on sale because the brothers were having a misunderstanding among themselves.

Senator Dino Melaye’s loves to show off, he doesn’t care what people say, all he does at his leisure is to show off all his expensive cars in his garage.

Sometime in 2015 the Kogi senator brought out a whopping 1.3 billion Naira or (6.5 million US dollars) to buy the house he now lives in Maitama, Abuja.

The building is located at 11 Sangha Street, off Mississippi Street, in the Maitama axis of Abuja, FCT.

It is rumored that the strongman of Lagos politics owns numerous choice properties in Lagos, we shouldn’t doubt this after all he has been a governor and also a senator. His men are positioned in several appointments and offices across the country.

The 69-year old strongman lives at 26 Bourdillon Road, Ikoyi. His home is a N1 billion mansion.

Is from Rivers State and also a former senator of the Federal Republic of Nigeria. In 2008 the Rivers State senator built a magnificent building that was valued at 1 billion naira at that time. This building has about 6 rooms and also 50 bulletproof doors and also an Olympic size swimming pool.

It was said that Senator Lee Maeba spent approximately 17 thousand pounds just to furnish the kitchen and that all his chefs were trained overseas. Senator Maeba was chairman of the Senate Committee on Upstream Petroleum while he served in the Senate.

Nigeria’s oil magnate and businessman, E-Money’s name won’t be omitted from our list, his house is valued at 250 million naira and has been the talk of the town because of the way the house is designed which seems to give the impression that everything in the house is made of gold.

The house is adorned with well furnished living rooms, swimming pool, dining and living room. In fact E-Money’s Mansion is another wonder on earth.