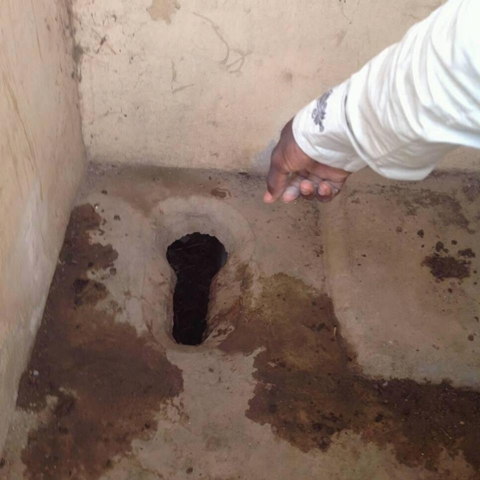 A newborn baby boy was dumped in an abandoned pit latrine in Bako village, Kwali Area Council, Abuja by a yet to be identified lady on Wednesday Daily Trust has reported.

A resident of the community, Ishaya James, said the incident happened around 8:12 pm after a man, identified as Bitrus, who went to defecate near the abandoned toilet discovered the baby.

He said the cry of the baby attracted the man who alerted other members of the community.

He said the police were called and they rescued the baby.

“It was a neighbour who went to ease himself that heard the cry of the baby and ran back home to raise an alarm before the police were invited to rescue the baby,” he said.

He said the baby was later taken to Wisdom Clinic in Kwali, where the chairman of the council, Danladi Chiya, who got wind of the incident, directed that it be treated.

The area council chairman confirmed the incident through telephone call to our reporter, saying he had directed the social welfare department of the council to liaise with the police to ensure the perpetrator was brought to book.

Meanwhile,  GreenWhiteGreen GWG has reported that a doctor who ordinarily would have been involved in saving the life of the Abuja newborn baby was apprehended by the Zamfara State police on the allegation of supplying arms to bandits.

The state commissioner for information, Ibrahim Dosara, disclosed at a press briefing held in Gusau on Thursday, that the medical doctor was arrested in Kamarawa village of Isa local government area of Sokoto state.

The commissioner said that the doctor was arrested by men of the operation Puff Adder for allegedly supplying military kits to armed bandits, and after preliminary searching, ten pairs  of military jungle boots, five sets of singers and military hand globes were recovered from him.