Dare Has Been Spared From Disaster - Leke Adeboye 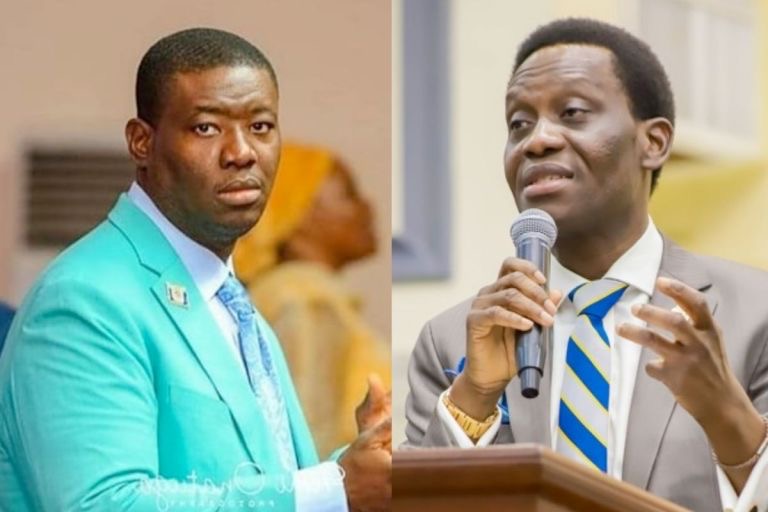 Leke Adeboye, the last son of Pastor Enoch Adeboye has reacted to the demise of his brother Dare Adeboye, saying he was taken away to be spared from evil and disaster.

The Senior Personal Assistant of Enoch Adeboye of the General Overseer of the Redeemed Christian Church of God described his deceased brother as a miracle child as he quoted from the Bible to mourn the death of his brother.

Recall that GreenWhiteGreen had earlier reported that Pastor Dare, 42 died in his sleep on Wednesday in Eket, Akwa Ibom State, where he was staying with his family.

It was gathered that the Assistant Pastor in Charge of Region (Youth) 35, had ministered the previous day.

According to the wife of the deceased, Temiloluwa Adeboye, she realized her husband’s unusual sleeping hours and couldn’t get him on phone. She allegedly alerted her neighbours and he was found dead. It was said that the deceased was neither ill nor on medication before the unexpected happened.

“He was not sick and did not complain of anything before the incident. Pastors in the church were summoned to pray for him, all to no avail,”

The clergyman passed at 42 years and would have been a year older in June. He left behind a beautiful wife and two children.

Reacting on Facebook, Leke Adeboye posted a scripture that speaks about the death of the ‘righteous.

He posted Isaiah 57:11 that reads, ” “The righteous man perishes(at the hand of evil), and no one takes it to heart, Faithful and devout men are taken away, while no one understands. That the righteous person is taken away (to be spared) from evil and disaster.”