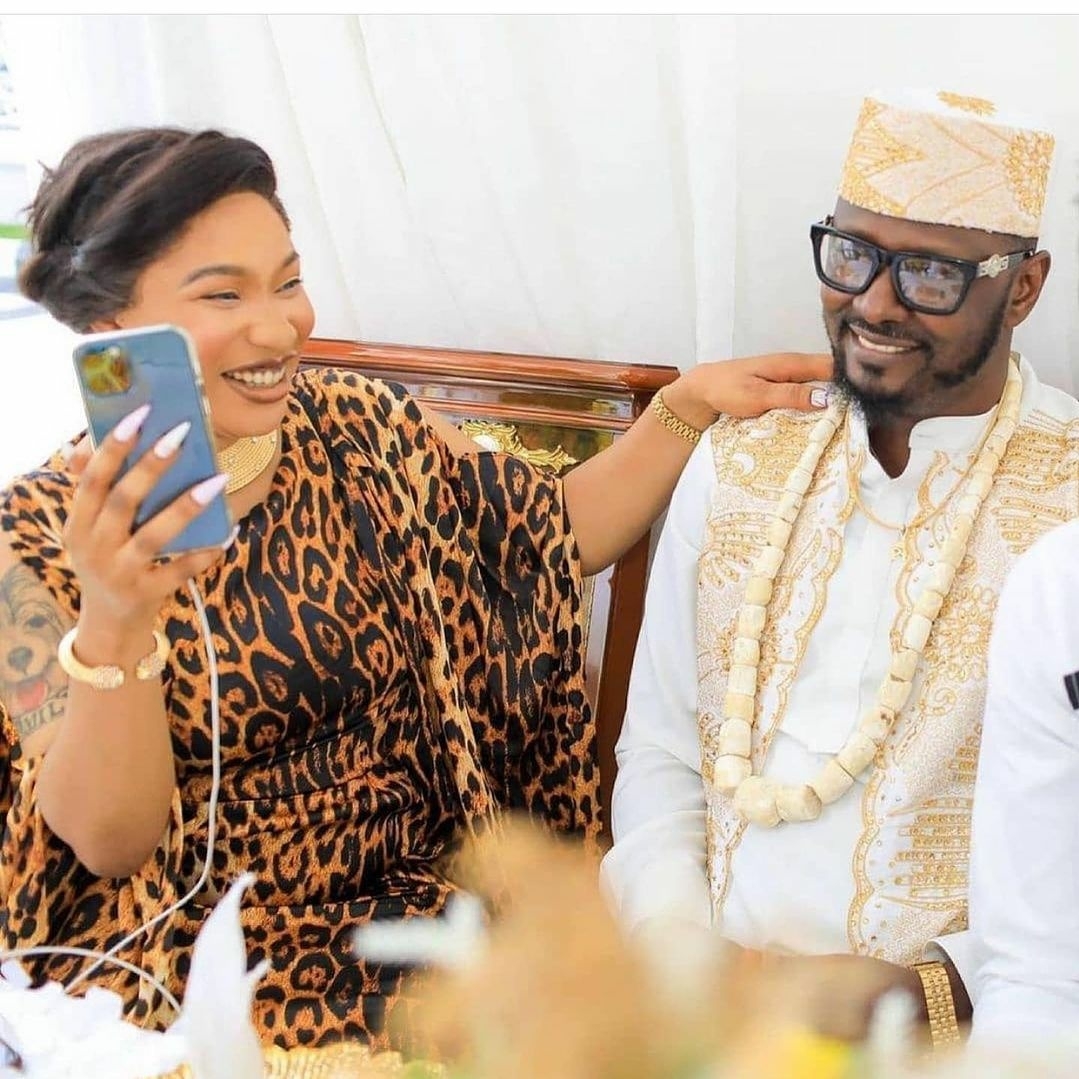 Tonto Dikeh’s ex-lover, Joseph Kpegri aka Prince Kpokpogri, has confirmed the number of sex tapes of women in his possession following his release from police detention on Tuesday.

He has also asked his estranged girlfriend, Tonto Dikeh to return a gold earring she allegedly loaned from his daughter.

Kpokpogri, in an exclusive interview with PREMIUM TIMES on Tuesday, shortly after his release from police detention, said the number of sex tapes in his possession was zero contrary to the claims by Tonto Dikeh that he had a store of the sex tapes of ladies including married women. Jane Mena was one of the married women whose sex tapes were according to Tonto Dikeh in the possession of the controversial Delta State politician who is also chairman of the Anti-Corruption and Integrity Forum.

Speaking on how he started his relationship with Tonto Dikeh, Kpokpogri said:

“I was not into the relationship as she was, have you ever wondered why she was always posting our relationship here and there on social media, and I did little or less posting?’’ he said.

He said, “When Tonto and I started talking, she said she is the relationship type, this and that but I never promised her marriage. I didn’t know her, I was on my own when one Mr Suleman called me and told me that he was coming to my house with somebody, I asked who was that, he said when he comes I would see the person. Lo and Behold when he came it was Tonto.

‘‘I took him aside and asked him ‘Is this not Tonto Dikeh, the one that destroyed her husband, Churchill? and he told me that she had repented, she’s now a church lady and her birthday was coming up!”

He said, “I was not arrested by the police, I went to retrieve my SUV car that was stolen by her (Dikeh), she does not own a car, she only rents cars around.”

On the number of sex videos in his possession, he said:

“The police have searched my phones and devices but there was no sex video as she had said.”

Also denying claims of being an ex-convict, he said:

“Which prison did they say I was in? Is it Kirikiri, Port-Harcourt, or Calabar? Which prison? Or which judge convicted me, when? Which court? All these are stories they feed people on social media with!”