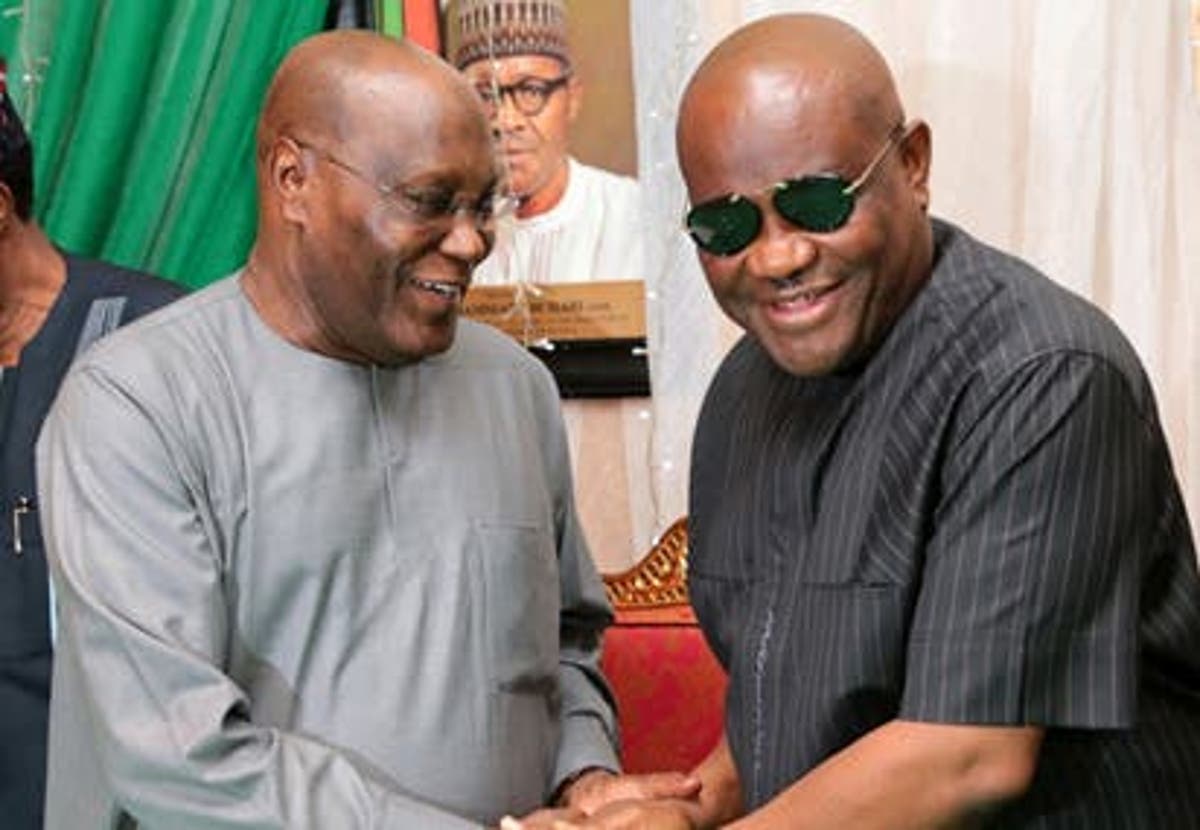 The meeting was hosted by Prof Jerry Gana, one of the founders of the party in his Abuja residence. The outcome of the meeting was not immediately available as the two PDP chiefs immediately resorted into meetings with their different caucuses where the issues discussed from the meeting were apparently being discussed.

Wike according to a source immediately returned to Port-Harcourt after the meeting and was as at press time engaged in a meeting with aides, one source informed GreenWhiteGreen GWG.

The meeting between Atiku and Wike was initially scheduled for Monday but PDP chiefs asked for it to be postponed till after the meeting of the Board of Trustees, BoT which met on Wednesday.

The PDP BoT had flowing from its meeting gone ahead to set up a committee of the whole to interface with the two PDP chiefs as a way of finding a lasting peace between the two tendencies.

Senator Abdul Ningi, a former senator briefing newsmen at the end of the BoT meeting which lasted for about 4 hours said:

“we have set up in this meeting committee of the BoT to be able to interface between warring factions, particularly the acrimony that is taking place between the presidential candidate and Governor Wike.”

Agony In Delta PDP Over Choice Of Governorship Candidate