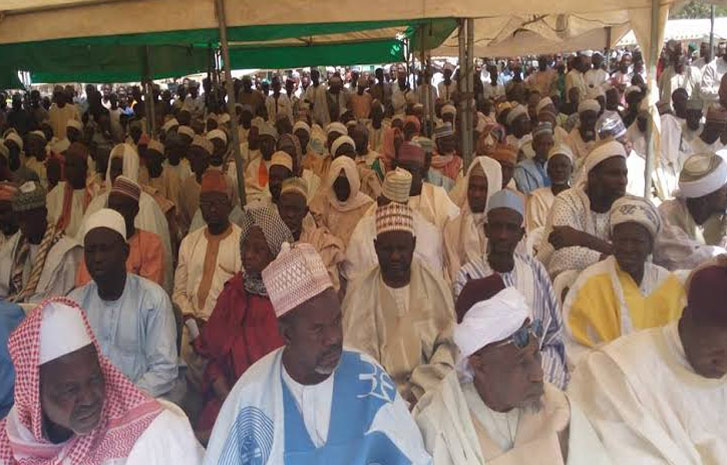 Concerned leaders in President Muhammadu Buhari’s home state of Katsina have besides seeking out bandits for negotiations have also resorted to organizing prayers to end the reign of banditry in the state.

Residents of the town poured out on Thursday to seek divine intervention into the activities of bandits who have made life ungovernable in several areas of the state.

The prayers had the blessings of the state government which was represented by the permanent secretary of the Ministry of Religious Affairs, Mohammed Lawal Matazu and other top government officials.

The prayers which took place in Dahiru Mangal Jumaat Mosque came after Governor Aminu Bello Masari met with representatives of bandits during which they gave their terms for cease fire in the state.

One of the organizers of the special prayers, Sabo Musa while lamenting the activities of the bandits in the state said:

“Government is taken measures to deal with the situation but we felt as concerned citizens we should compliment that efforts by organizing the prayer session to overcome the menace.

“We organize this prayer not for any personal gain but to seek Allah’s divine intervention to salvage the security situation at hand in Katsina state.

“We appealed to Islamic scholars and people of the state to continue to pray to Allah to overcome the situation and expose those behind the activities of the bandits,” Musa said.

An Islamic Scholar, Sheikh Munnir Jafar present said prayer is a sword in the hands of Muslims to surmount any form of problems hence the need for all to join hands and prayer to Allah in order to conquer the ugly menace.

Earlier, the State’s Permanent Secretary in the Ministry of Religious Affairs, Matazu while commending the organisers of the prayers said:

“The ministry will also organize similar prayer session at various mosques to seek Allah’s intervention toward addressing insecurity and other problems facing the state,” Matazu added.

Xenophobia: Nigeria Will Not Break Ties With S/Africa – Onyeama