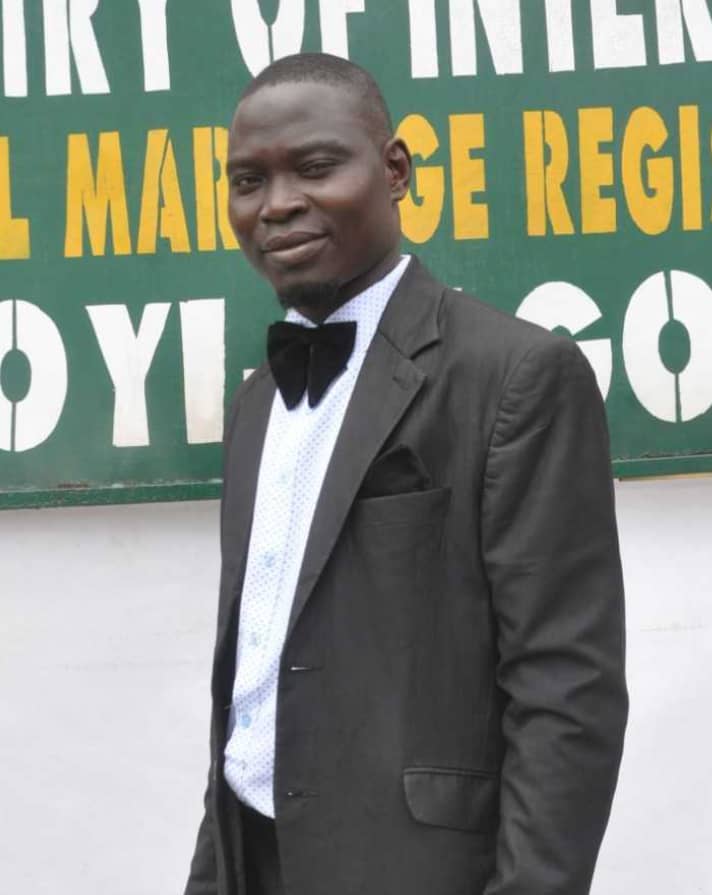 Mr. Joseph Mukan, the Rivers State police commissioner said the shooting which was done in the Elelenwo Police State was without provocation.

Abiodun’s brother, Ismaheed who was with him when they were intercepted by the police officers narrating the pitiable story said:

“On Friday night, police on patrol stopped d us. I was riding a lady’s bike with my brother on the passenger seat.

“They searched us, saw our ID cards. When they saw nothing implicating, one of the senior officers told a restless junior officer to leave us.

“The defiant junior officer insisted we were criminals and he must take us to the station. My late brother entered their van, I pleaded to ride on my bike joined by one of them.

“I rode in front with the officer riding with me and the rest of the patrol team were coming behind with my brother. The edgy officer who was on the bike with me started asking how much we have to bail ourselves.

“I told him I have N2, 000. We got to School Road at Elelenwo, they asked me to drive to the Police Station. I got there and parked. The senior officer returned our phones they earlier seized and asked me to go home and bring documents for my bike/the next day. I agreed.

“The police that shot my brother, who was evidently drunk insisted he must do something bad to us. Again, the senior officer told him, leave these guys to go, let them report back tomorrow with the bike’s documents.

“Immediately he started beating me, hitting me with the butt of his rifle. Other colleagues pleaded with him, he won’t listen. Before I knew it, I heard gunshots.

“I saw my brother lying down in pains. I heard two gunshots. One met my brother on the leg and the other hit one of the policemen. That was when the senior officer took the gun from him.

“He was still struggling with me, but I forced my way to meet my brother. After rushing to three hospitals without attention in bid to save my brother’s life, I told them to take him to the hospital he’s registered for medical care. “When we got there, they did not attend to us, I found that very painful. My brother had lost much blood. We then moved for the Braithwaite Memorial Hospital. On our way, I was the only one with my brother on the truck of the patrol van. I tore my shirt to tie the bleeding. I was still telling him to keep hope alive.

“I was calling everyone to tell them what was happening. They heard my calls, stopped and asked me to give them back my phone. At that, point they drove roughly. I fell from the van, got injured and fell unconscious.

“They knew I fell but they didn’t even bother stopping. They sped off with my brother on the van. “They sat me down and said I should be there for a while till early morning. My wife called my brother’s glo line, and it rang in his bag with me. That was when I realised my brother’s iPhone was left in the bag.

“I told my wife all that happened. The next morning, I told my brother’s wife and we had to go back to the Elelenwo Police Station where they shot my brother.

The commissioner of police, CP Mukan reacting to the shooting through SP Nnamdi Omoni, the Command’s spokesman said:

“The sergeant, without justification, shot Abiodun Jimoh who was immediately rushed to the hospital but later died. His remains have been deposited in the mortuary.

“The incident is being investigated and the outcome will be communicated to the public. Meanwhile the Police Sergeant who carried out the dastardly act is in custody for debriefing and psychological evaluation. His Orderly Room Trial will commence in earnest, for possible arraignment.

“The Command is in touch with the family and has commiserated with them over the unfortunate incident and has assured them that the interest of justice will be served in the circumstance, while appealing for calm and allow the law to take its full course.”