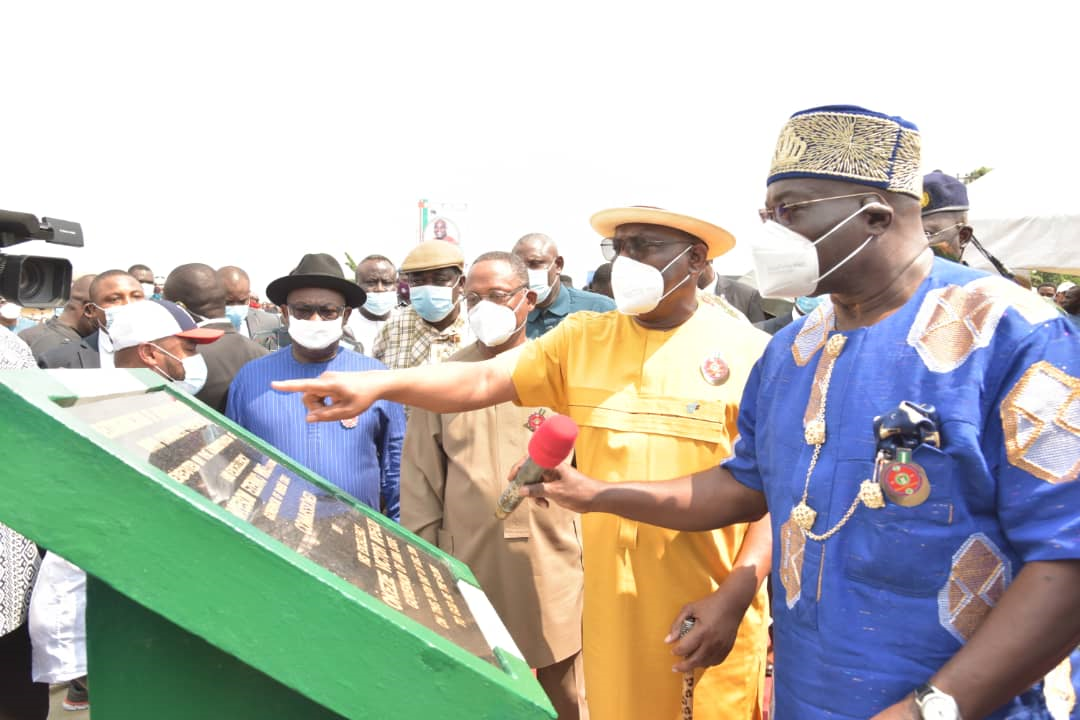 Nyesom Wike said on Friday that he has repeatedly turned down desperate forces who have made appeals to him to abandon the Peoples Democratic Party (PDP) because he is a man of character.

The governor did not reveal the quarters but it is generally believed to be from the ruling All Progressives Congress, APC, a party he asserted does not have any promise for Nigeria.

The governor made the revelation at the inauguration of Chief Orabule Adiele Road, Rumuolumeni, formerly known as Aker-Base Road,  by the Governor of Abia State, Dr Okezie Ikpeazu, on Thursday, in Rumuolumeni community of Obio/Akpor Local Government Area of Rivers State.

Governor Wike said, it is unimaginable to think that he will quit a party that continues to hold the promise of good leadership for the country, and remains the only hope for Nigerians who are also waiting to vote it into power in 2023.

Governor Wike stated that the reasons why he has refused to be quiet over the wrongs and inabilities of the ruling APC is because of the need to strengthen the confidence of Nigerians in the Peoples Democratic Party (PDP).

“PDP is a party that Nigerians want. No matter all the intimidation, it will not work. We are men of character. When we say something we stand by whatever we have said,  not for pecuniary interest.

“If I was that kind of governor,  I know how many times people have tried to woo us,  we said no. We cannot be wooed. We are here. We started with PDP and will end up with PDP.

“We have no other political party to join  because the fate of this country, the hope of Nigerians, solely depend on our party.  That is why when we talk about our party, we are not talking about any selfish interest. But it is to continue to give Nigerians that hope that Nigeria is waiting for.

“So, when there is any mistake,  we shout out. Everybody is hoping that in 2023 PDP should take over the realms of power in this country. Rivers State is already secured for PDP.”