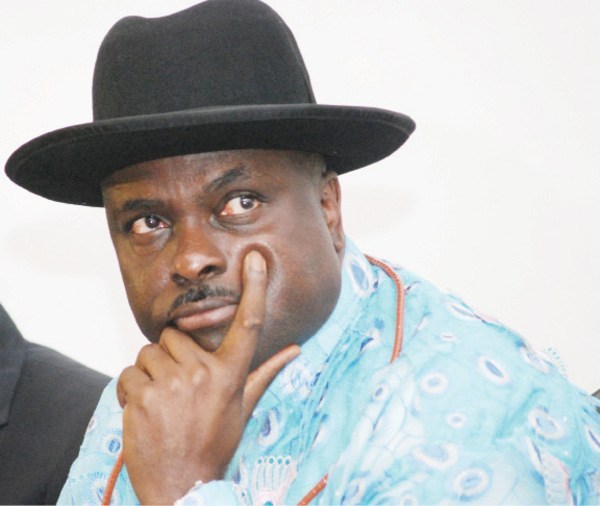 The House of Representatives on Wednesday debunked the claim by British authorities, that only £4.2 million of looted funds attributed to former Delta State Governor, James Ibori, were to be returned to the coffers of the government of Nigeria.

The House, through a motion of “Urgent National Importance”, said the sum of £6.2million, was the actual sum that should be urgently, returned to the treasury of Delta State government.

In raising the motion, Minority Leader of the House, Ndudi Elumelu and 9 others, stressed that the funds belonged to the state, not the federal, as they contradicted British authorities on the actual sum.

The sponsors noted that “the sum of 4.2 Million Pounds being proceeds of looted funds recovered from a former Governor of Delta State — Chief James Ibori is being transferred to the coffers of the Federal Government of Nigeria for appropriation without recourse to the Delta State Government and or Parliament in two
weeks time.

Elumelu said the sponsors, were “Aware that the said recovered looted funds belongs to the good people of Delta State and as such ought to be refunded to the coffers of the Delta State Government for developmental purposes”, and “that assets seized by EFCC from states were returned to such states. ie Bayelsa and Abia state etc”.

He expressed worries, that “if the Federal Government is allowed to appropriate the funds without recourse to the Delta State Government, the people of Delta State will be shortchanged/deprived of their legitimate resources to improve on the economy of the State as well as provide the requisite infrastructural development for their benefit”.

He added that “from all indications and information to delta state indicates that the actual money is £6.2m and federal government should ensure that the total of £6.2m is credited not £4.2m as stated”

The sponsors warned that “unless this it halts immediately the Federal Government of Nigeria from further dealing/tampering with the said fund, the recovered loot may not be accounted for and or have any direct bearing or benefit to the people of Delta State (who are being deprived of the fund) in terms of infrastructures or people-oriented projects,

In adopting the Motion, the House, urged “the Federal Government of Nigeria through the Federal Ministry of Finance, to stop forthwith, further appropriation/and or disbursement of recovered loot of 4.2 million pounds pending the final determination of the matter by the House”.

The House also requested “ the Federal Ministry of Finance to and Attorney General of Federation, furnish the House with all particulars relating to the recovered money”.

The Green Chamber, also directed “the House Committee on Finance, Justice and Loans and Recovered Funds to investigate this matter and revert to the House within 2 weeks”.