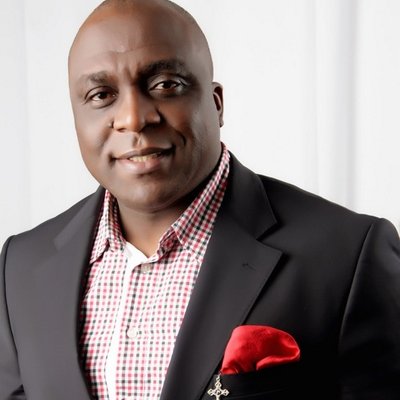 Runner up in the Peoples Democratic Party, PDP primary election in the Anambra State governorship primary, Dr Obiora Okonkwo, has asked party officials to explain the missing 18 votes in the recent primary.

Alleging foul play, he said that whereas 218 super delegates were accredited, he expressed shock that the total number of votes collated including voided votes were only 200.

However, expressing his dissatisfaction with the conduct of the primary election, Obiora in a statement said:

“We went into the election full of hope and expectation. Our hope was that our party, the PDP, and members of our party will conduct themselves in a manner that will prove that we are ready to do the right thing, devoid of subterfuge. Our expectation was that the wishes of the people would be allowed to prevail.

“From the result announced by the Committee led by His Excellency, Philip Shaibu, the deputy governor of Edo State, it is obvious that the outcome of that exercise did not reflect your wishes and desires. Just like you, our campaign team expected a different outcome which would be a true reflection of your choice and the reality on the ground.

“Obviously, there were a number of serious issues and irregularities regarding the primary election. First, in response to conflicting court judgments the party decided to use super delegates in clear breach of its own constitution and in the process disenfranchised its statutory delegates who are the soul of PDP in Anambra state and who have been working in the past three years to reposition the party and sensitise the people for the simple reason that they were afraid of the choice that they might have made.

“However, there was a court judgement and order validating the Ndubuisi Nwobu-led executive which the party ought to have upheld and respected as the first in time.

“The National Working Committee of the party decided, at the last minute to limit the voting to a small number of super delegates. Even with that, the list of the super delegates kept changing such that voting was unduly delayed after the first round of accreditation where 179 super delegates had been accredited. There were no explanations on why this should happen.

“The second round of accreditation, done after the list had been changed again and many super delegates removed from the initial list, and many new ones added, turned in 218 super delegates. Again, there were no explanations about the increase.

“There also were no explanations of the criteria used to exclude some hitherto approved super delegates while adding new ones, some of who are not eligible under the party’s constitution. This prompted my question on the discrepancy which is yet to be answered.

“Perhaps, the most blatant of the irregularities came in the collation of votes. For instance, a total of 218 super delegates were finally accredited for the exercise. The tally of votes cast for the candidates, along with voided votes came to 200.

“A full week after the primary election, nobody has satisfactorily explained what happened to the other 18 votes cast by duly accredited super delegates. We expect those who conducted the election to provide the answer to this obvious discrepancy, particularly given the razor-thin margin of victory of the declared result,” he demanded of the officials who conducted the PDP primary in Anambra State.

“While we await the answer to this question and clarification on other matters relating to the primary election, I humbly urge you my teeming supporters, disenfranchised statutory delegates and the good people of Anambra State, including those in the Diaspora, who were intensely surprised by the outcome of the PDP primary election, to be calm and steadfast and faithful for only the Almighty God has the final say.

“From the time we started this journey, we have methodologically engaged the process, employing wide consultation and consensus to arrive at what we consider to be in the best interest of our people. This has never been about me as a person, even more so now that our efforts have morphed into a powerful grassroots political movement for the good governance of Anambra State.

“It’s been more than a week since the primary election was conducted; a period we have used for sober reflection and deep introspection about the process which also enabled us to consult widely with our teeming supporters, associates and critical stakeholders. We plead for your patience and understanding as that consultation will continue, for at least another week, after which we will make our position clear with respect to the event of June 26.

“We solemnly assure that our decision, when it is made, will be based on principle and in the best interest of our people who have always been the driving inspiration of our project- Maka Ilu Olu Oma (doing the good work)”, Okonkwo said.

Related Topics:Anambra PDP
Up Next