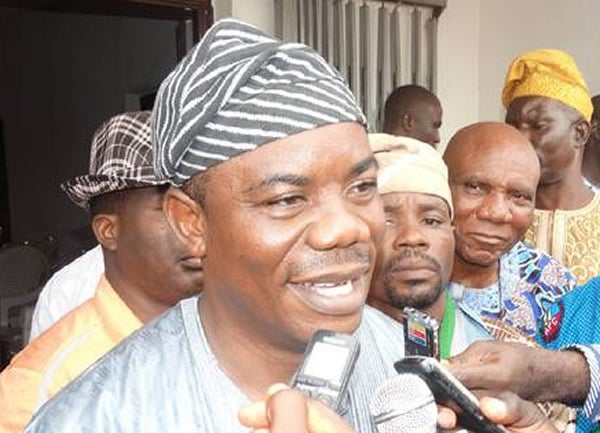 A leading aspirant in the July 20 All Progressives Congress (APC) governorship primaries in Ondo State, Mr Isaac Kekemeke, has refuted speculation that he was a mole for any particular candidate.

Speaking with newsmen at his campaingn office in Akure in Thursday, Kekemeke expressed disappointment at the “fake news” suggesting he might compromise his position as a leading aspirant in the upcoming Ondo APC primaries.

“Those who say such things insult my pedigree; I cannot be working tirelessly in the last 17 months, building my political structure across the 18 local councils of the state and be doing so as an undercover agent.

“It is a lie from the pit of hell, it’s a de-marketing strategy by lazy opponents and their supporters who are intimidated by the wide acceptability my political brand enjoy.

“I repeat again, I am too big to be anybody’s undercover agent,” said the former APC Chairman in Ondo State.

He added that direct mode of primary would also give party members sense of belonging and responsibility to deliver whoever candidate that emerged at the primary.

“The party members already have a moral responsibility to deliver the candidate in the general election for victory.

“The only thing that our party can be preparing for will be an inter party contest to involve the big segment of the party through participation in the direct primary.

“So that one section will not feel other particular section is being favoured through handpicking officers at wards, local government and state levels who serve as an electorate for indirect primary.

“Adoption of direct primary will fight money polictics, fight ‘see and buy’ because nobody has the capacity to buy all eligible voters but money can do it when it comes to handpicked individuals; so the best way is to adopt direct primary at this time.

“And considering the COVID-19, asking over 2000 people to gather in a single place to vote is contrary to the protocol of NCDC, so let us decongest by asking people to decide their rightful candidate in their various wards,” Kekemeke said.